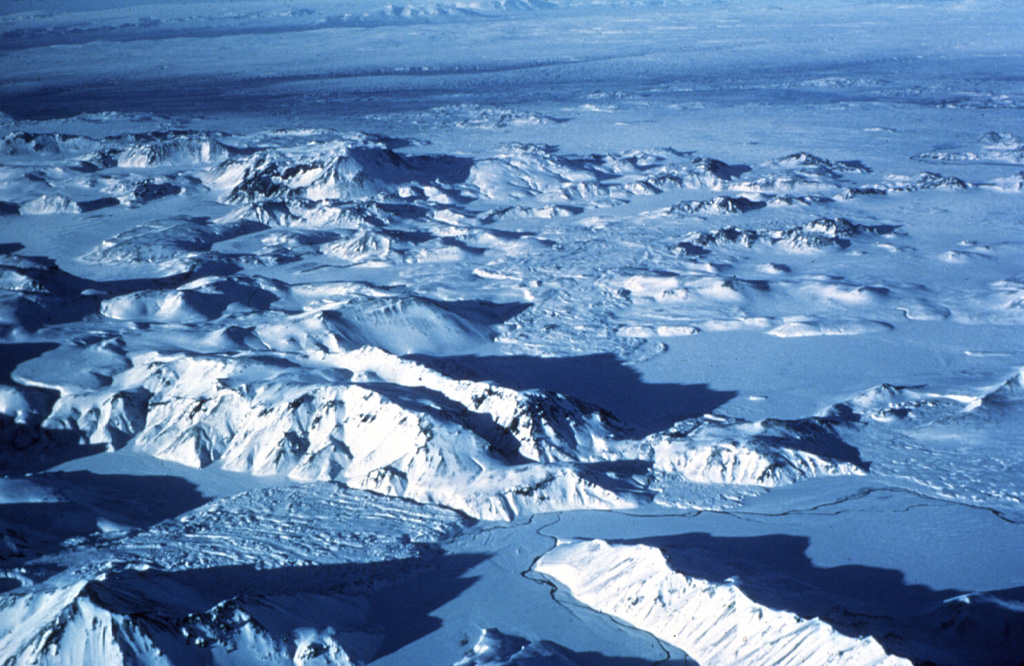 The Torfajökull central volcano is cut by a 12 x 18 km caldera that formed during the Pleistocene. Torfajökull is of one of the largest areas of silicic and intermediate volcanism in Iceland. The Laugahraun (lower left) and Domadalshraun (right center) lava flows, seen here from the SE, are located just within and north of, respectively, the northern caldera rim. At least 12 eruptions have occurred in the last 9,000 years with activity concentrated in the west. 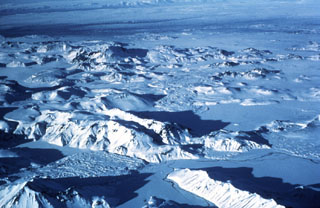