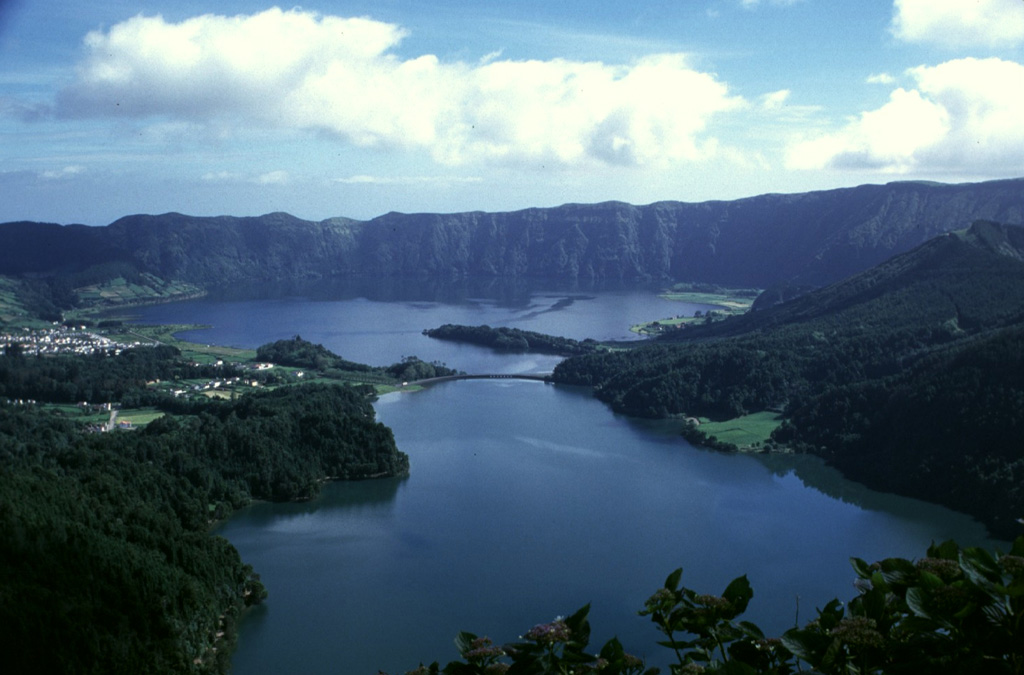 Both Lagoa Verde (Green Lake) in the foreground and Lagoa Azul (Blue Lake) appear blue in color in this view from the southern rim of the 5-km-wide summit caldera of Sete Cidades volcano on Sao Miguel Island. A nearly circular ring of six Holocene pyroclastic cones occupies the caldera floor. Sete Cidades is one of the most active Azorean volcanoes. Historical eruptions date back to the 15th century and have occurred from within the caldera and from submarine vents off the west coast.