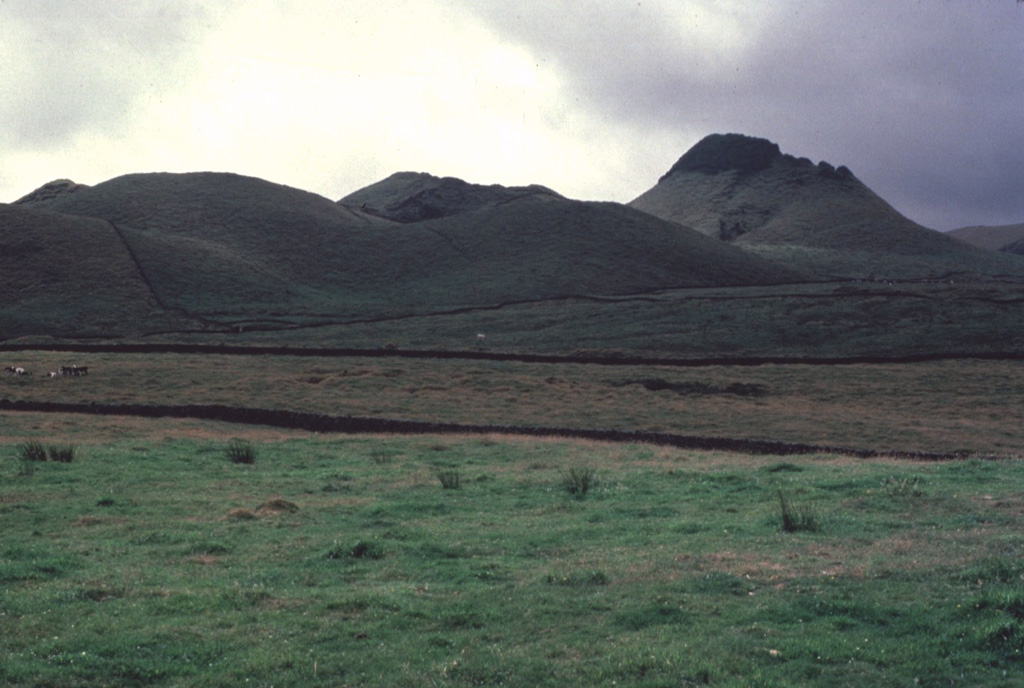 Terceira Island contains four stratovolcanoes constructed along a prominent ESE-WNW-trending fissure zone that cuts across the island. Historically active Santa Barbara volcano at the western end of the island is truncated by two Pleistocene calderas. The caldera is filled and surrounded by comenditic lava domes, such as the one at the right, which is located east of the caldera. Historical eruptions have occurred from Pico Alto stratovolcano, the fissure zone between it and Santa Barbara, and from submarine vents west of Santa Barbara.