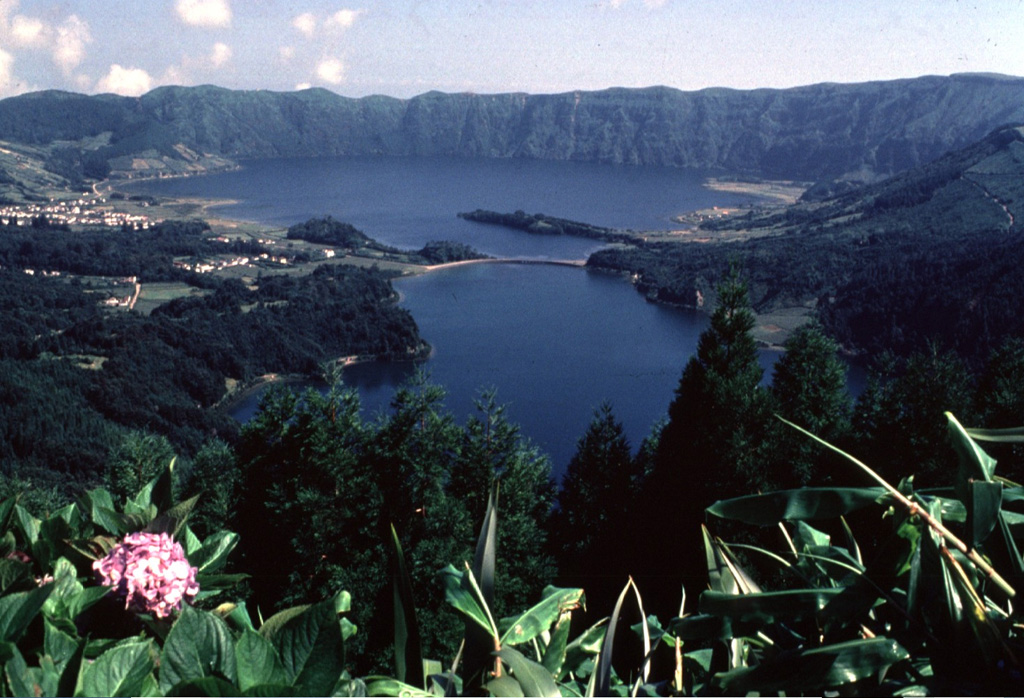 The summit caldera of Sete Cidades volcano at the western end of Sao Miguel Island contains two lakes and is one of the scenic highlights of the Azores. A nearly circular ring of six Holocene pyroclastic cones occupies the floor of the 5-km-wide caldera and has been the source of a dozen major explosive eruptions during the past 5000 years. Sete Cidades is one of the most active Azorean volcanoes. Historical eruptions date back to the 15th century and have occurred from within the caldera and from submarine vents off the west coast.