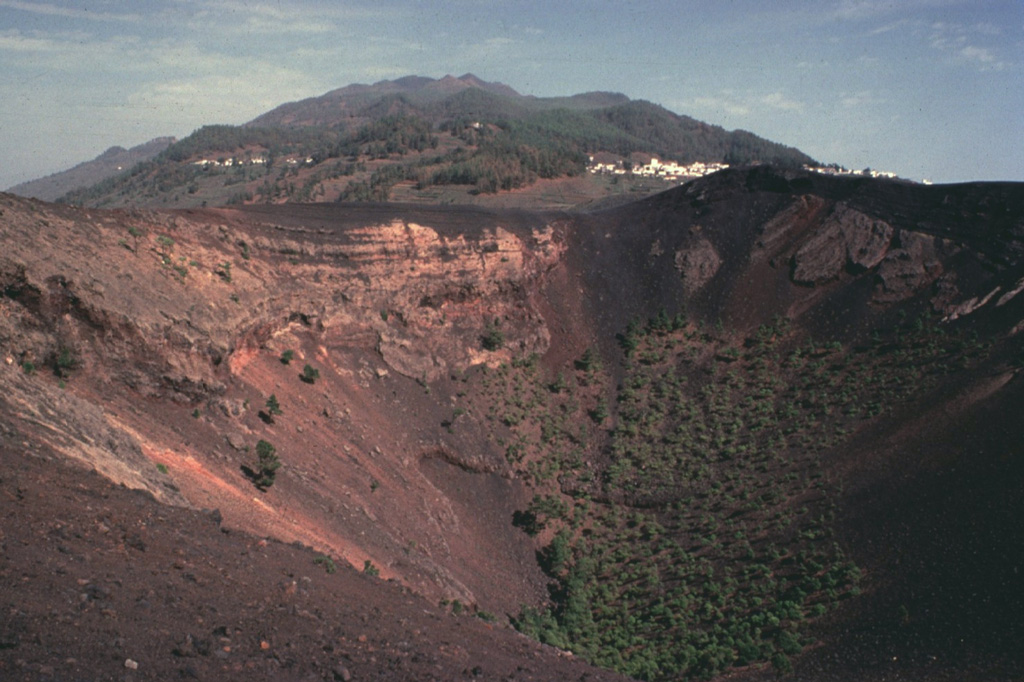 Cumbre Vieja, the southernmost of two large volcanoes forming the wedge-shaped island of La Palma, is one of the most active in the Canaries. The elongated volcano is oriented N-S and has been the site of numerous historical eruptions, many of which produced lava flows that descended steeply to the sea. Abundant cinder cones and craters line the crest of the volcano and dots its flanks. Historical eruptions, recorded since the 15th century, have produced mild explosive activity and lava flows that damaged populated areas.