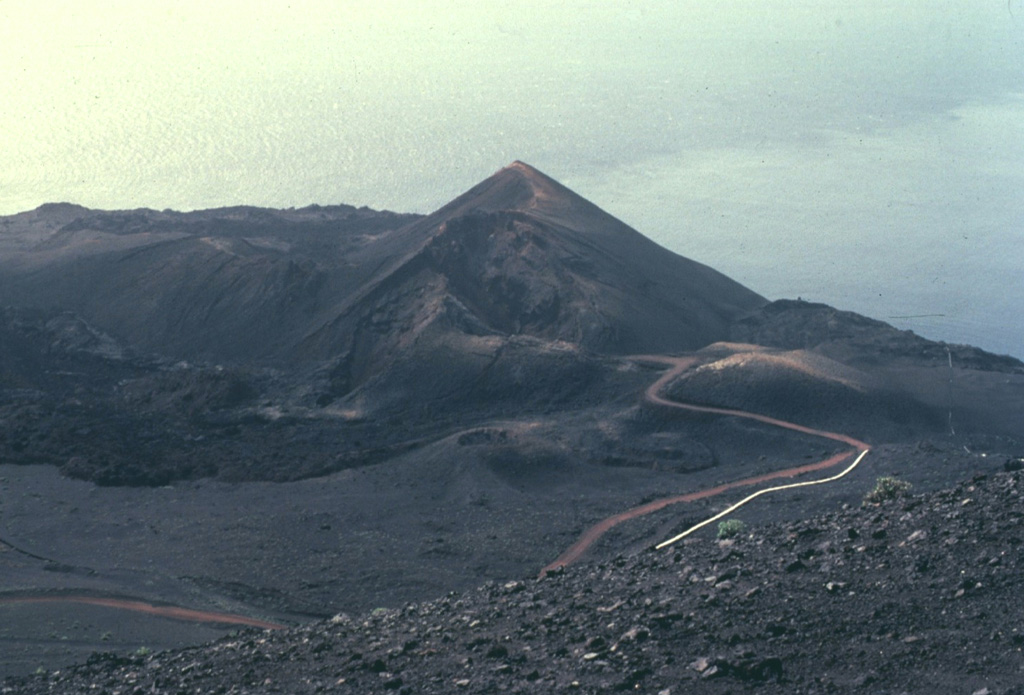 The dorsal spine of La Palma island is sprinkled with cinder cones, craters, and fissure vents formed during historical eruptions dating back to the 16th century. Many of these produced lava flows that reached the sea. The entire southern tip of the island was covered by lava flows during eruptions from the San Antonio (Fuencaliente) vent in 1678 and Teneguía cinder cone in 1971.