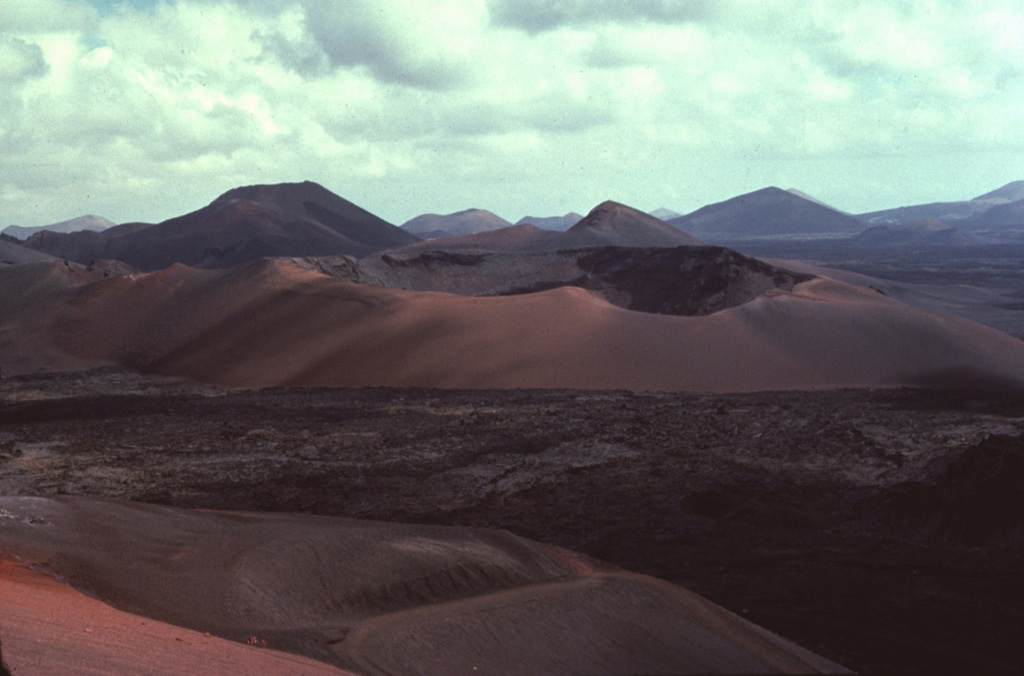 Caldera del Corazoncillo (center), also known as Caldera de Fuencaliente, was active during a two-week period in September 1730, which initiated the 1730-36 Montañas del Fuego eruption on Lanzarote. The NE-SW-trending eruptive fissures were located slightly west of the low crest of the island, and most of the extensive lava flows reached the coast along a broad 20-km-wide front on the western side of the island. Only one lava flow reached the eastern coast. 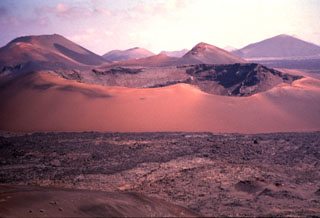