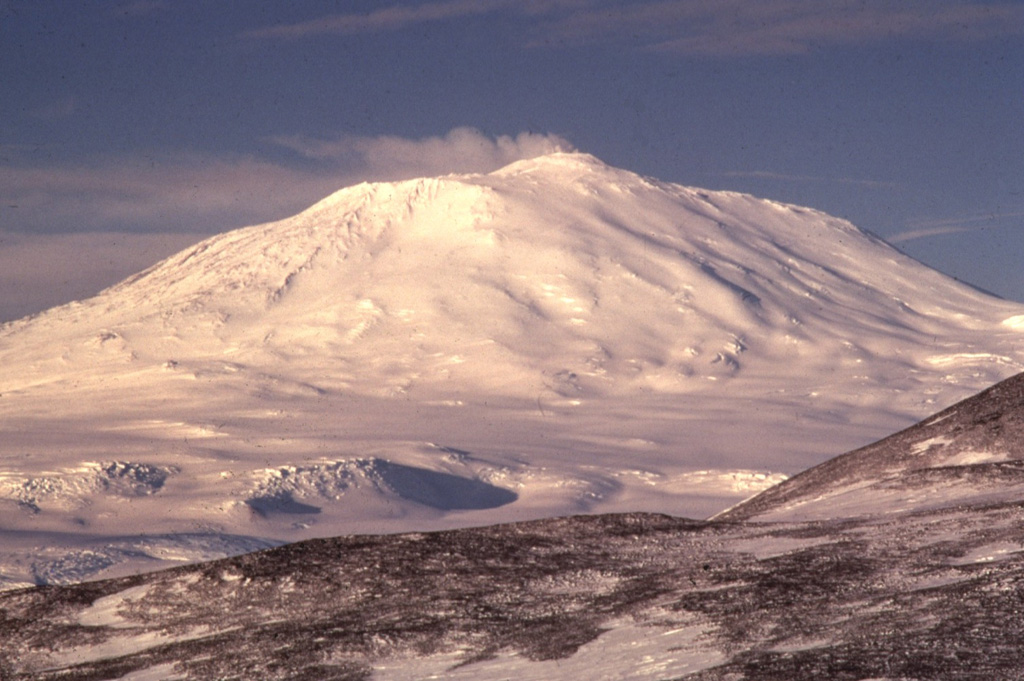 Mount Erebus is seen here from the SW near the McMurdo research station on Ross Island and the world's southernmost active volcano. The summit has a 500 x 600 m wide, 110-m-deep crater that contains an active lava lake. The glaciated volcano was erupting when first sighted by Captain James Ross in 1841. Continuous lava lake activity has been documented since 1972, punctuated by occasional Strombolian explosions that eject bombs onto the crater rim.