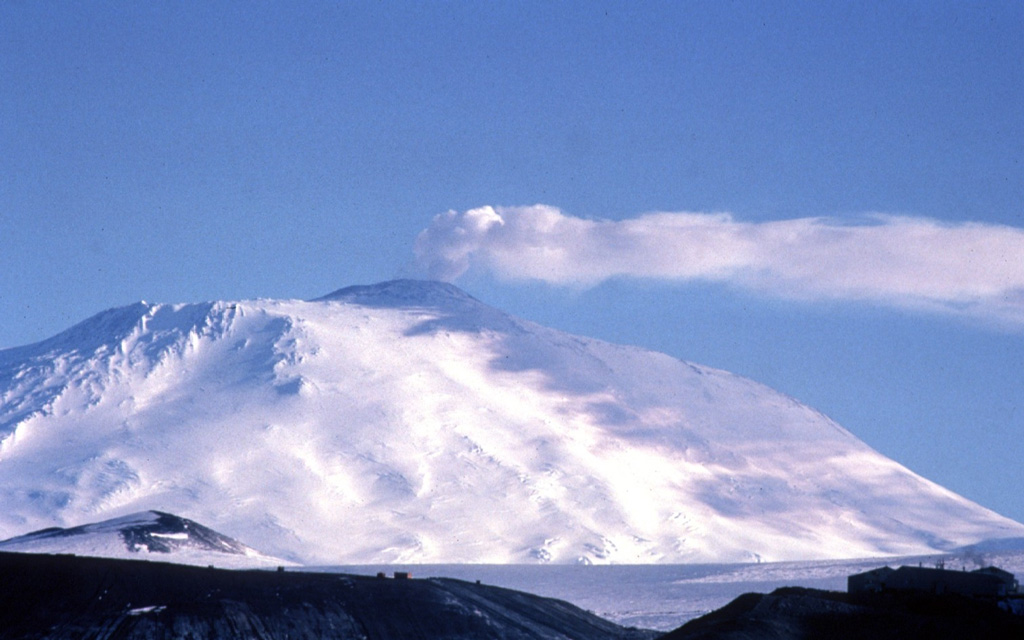 A gas plume from the Erebus summit crater casts a shadow on its western flank. There is an active lava lake in this crater and a caldera forms the plateau to the left of the summit cone. The McMurdo Station research facility on Hut Peninsula is in the foreground.