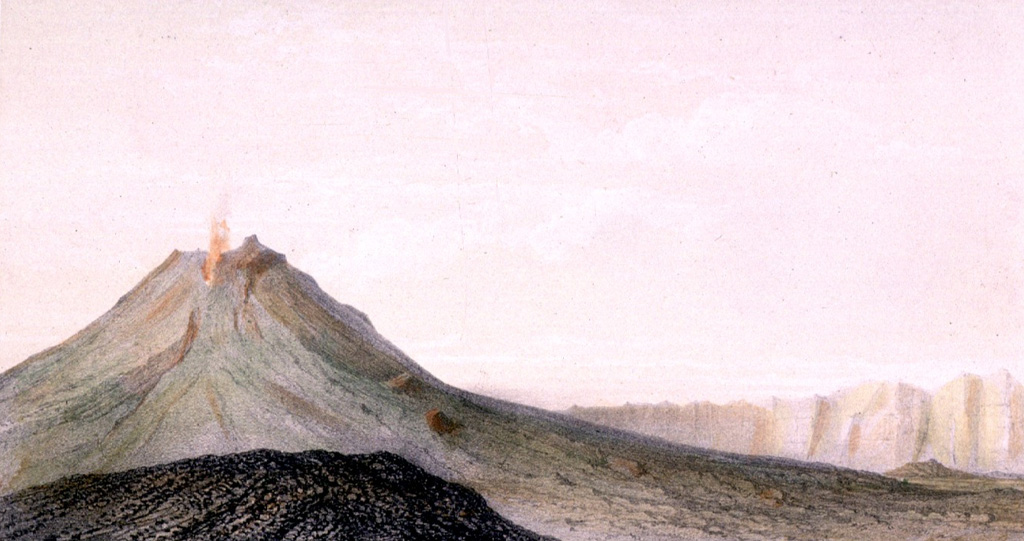 The steep-sided Pico stratovolcano is the most prominent feature within a large 9-km-wide caldera that is breached to the east. Cha caldera, whose rim appears at the right, is located asymmetrically NE of the center of the Cape Verde island of Fogo. Pico is capped by a 500-m-wide, 150-m-deep summit crater. Pico was apparently in almost continuous activity from the time of Portuguese settlement in 1500 CE until around 1760. Later historical lava flows, some from vents on the caldera floor, reached the eastern coast.