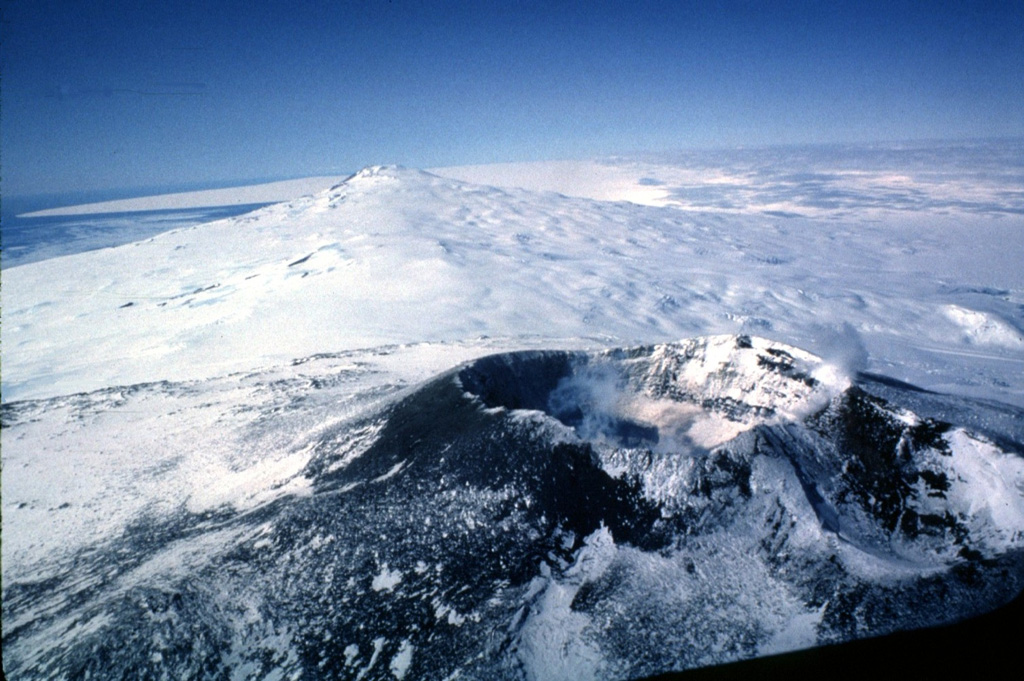 Two of the three volcanoes forming Ross Island are seen in this aerial view from the west. The Erebus summit crater that contains an active lava lake is in the foreground, with glaciated Mount Terror in the distance. Numerous scoria cones and lava domes have formed across the flanks.