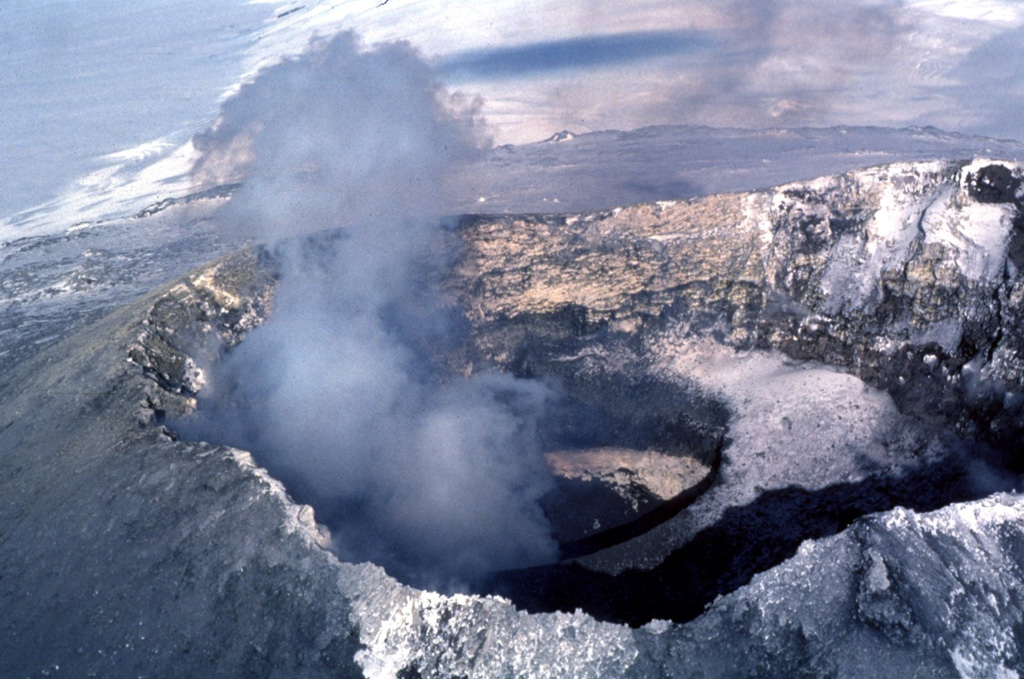 A gas plume rises above the active lava lake at the summit of Erebus in December 1983, which was first observed on 24 December 1972. Lava lake activity and intermittent Strombolian eruptions have been observed during annual scientific expeditions since then. The lava is located at the bottom of an inner 100-m-deep crater, whose snow-covered rim forms a bench at the right (SW) side of the Main Crater in this 1983 photo.