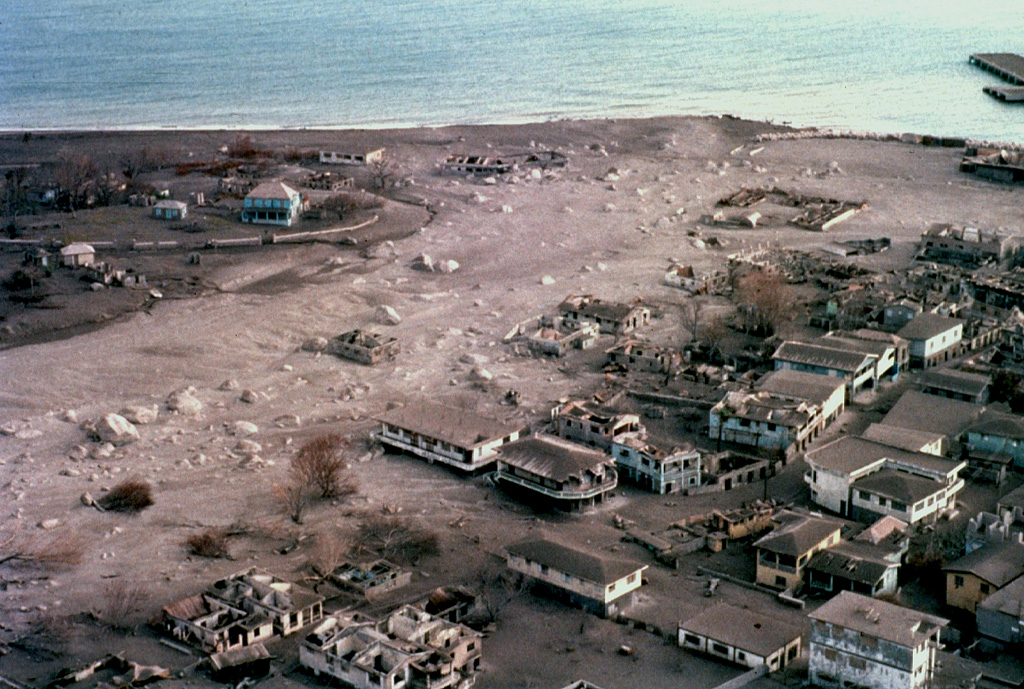 Pyroclastic flows and surges repeatedly swept through Plymouth, the former capital of Montserrat, beginning in August 1997. This December 1997 photo shows the deserted city mantled by ash, with buildings partially or totally destroyed by the high-temperature pyroclastic flows. Continued growth of the summit lava dome during 1997 had filled in the summit crater, which caused pyroclastic flows to spill over the western crater rim and travel down the Fort Ghaut valley into the evacuated city.