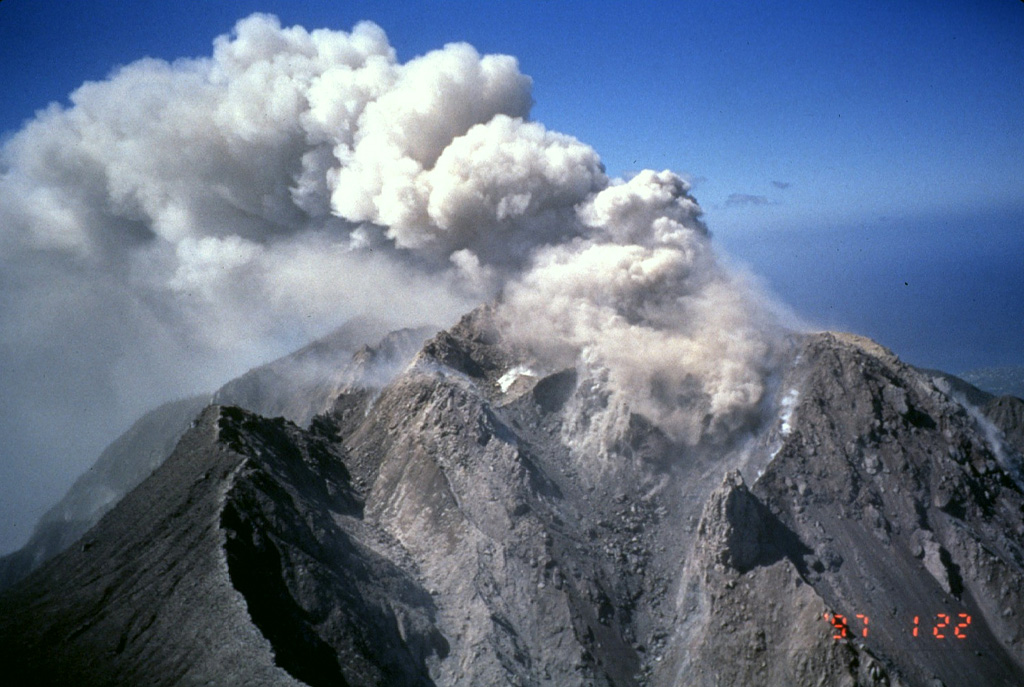 Three generations of lava-dome growth can be seen in this January 27, 1997 aerial photo of Soufrière Hills volcano. Ash is venting from a small dome that began growing in December 1996 within a scarp formed by collapse of an October 1996 lava dome. The October dome in turn was constructed within a scarp whose southern wall forms the cliff at the lower left. This outer scarp was formed by collapse of a pre-September 1996 lava dome.