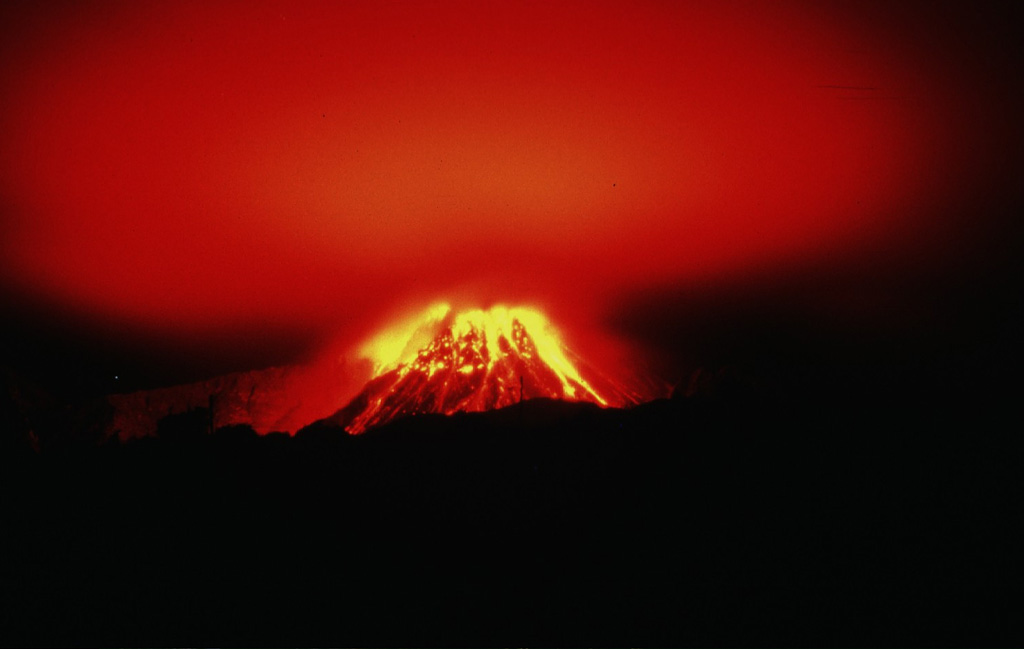 The incandescent lava dome of Soufrière Hills is reflected off the smoke-and-ash column above the volcano on the night of December 26, 1996. The dome is seen here from Long Ground/White's House on the NE flank, 2 km from the summit. This 40-second time exposure captures the paths of incandescent rockfalls and block-and-ash flows during a period characterized by one of the highest magma extrusion rates of the eruption.