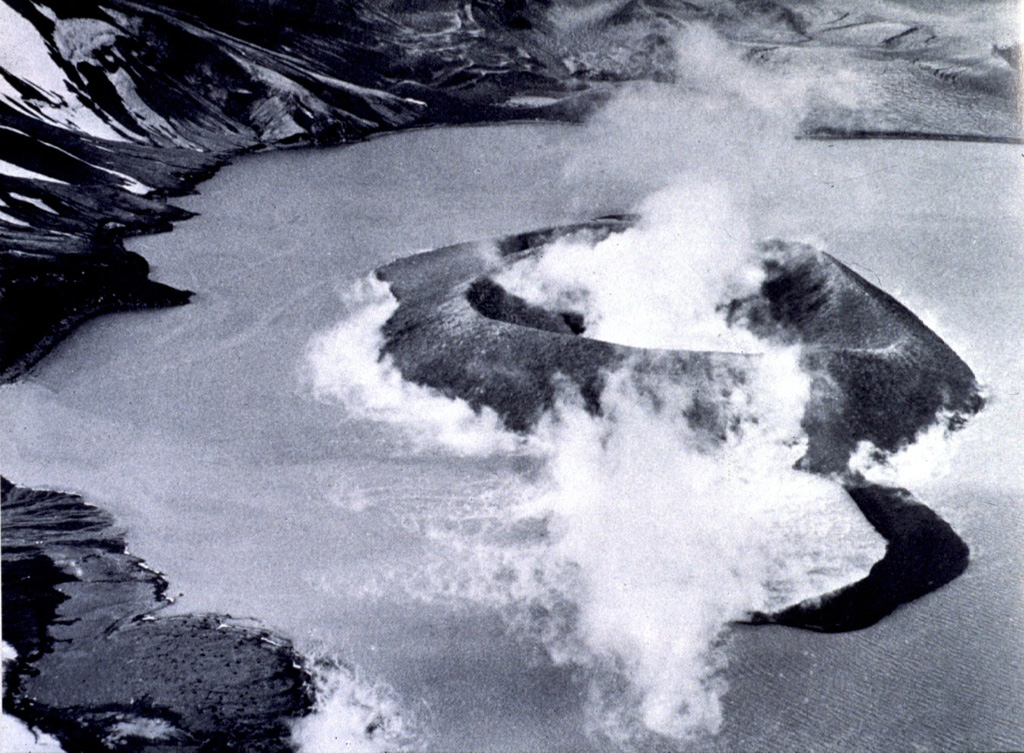 Steam rises above a new island formed during an eruption in Telefon Bay at Deception Island during 4-7 December 1967. The eruption occurred from four vents along a NE-SW line cutting across the bay, building an approximately 1-km-long, 62-m-high island which was named Yelcho, after a research vessel that was there at the time. An eruption in 1970 occurred at approximately the same location, destroying much of Yelcho, and incorporating the remnants onto a new stretch of land attached to the inner caldera wall.