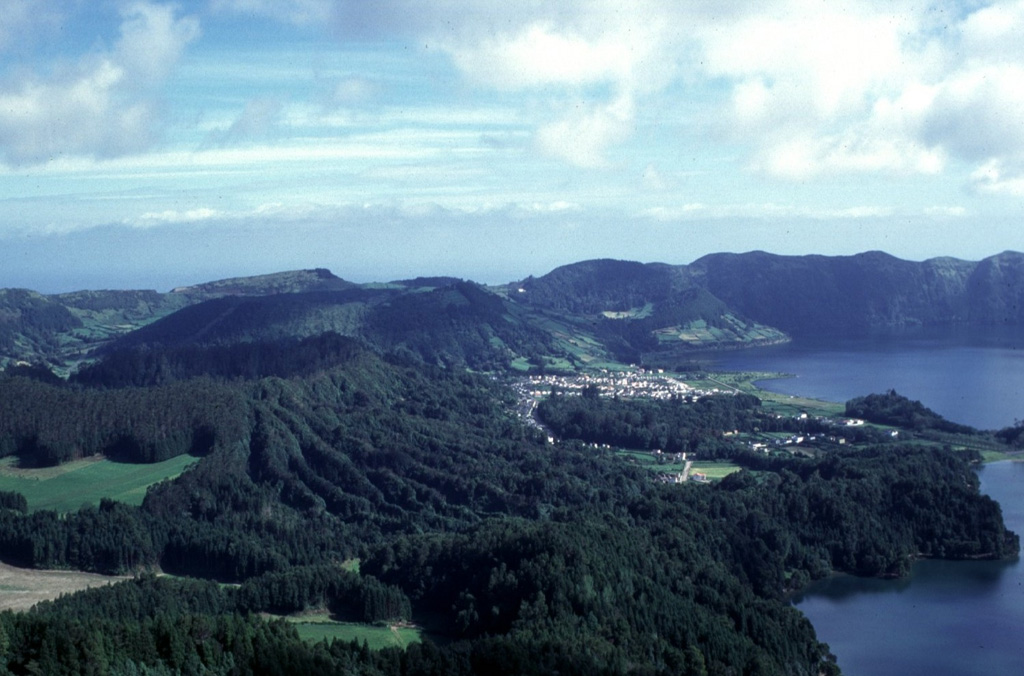 A nearly circular ring of six Holocene pyroclastic cones occupies the floor of 5-km-wide Sete Cidades caldera. These have been the source of a dozen trachytic pumice-fall deposits erupted during the past 5000 years. Three of these forested cones appear in this view from the southern caldera rim, Caldeira Seca (extreme left), Caldeira do Alferes (left-center), and Seara (right center). The cones were constructed on the caldera floor adjacent to the two lakes of Lagoa Azul (top right) and Lagoa Verde (bottom right).