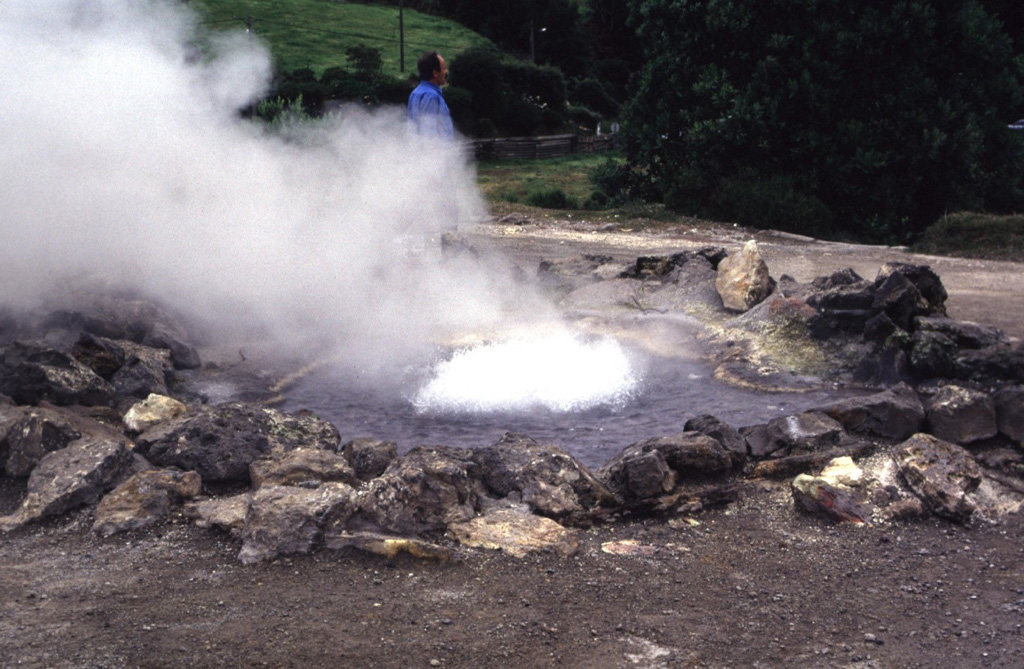 Abundant thermal features exist at Furnas volcano. Some hot springs occur near the caldera lake. This hot spring in the town of Furnas is part of the main fumarole field, which is located in the eastern part of the caldera. The fumarole field contains boiling hot springs and mudpots and is associated with caldera-bounding faults and late-Holocene eruptive vents. A few other fumaroles are located along a gorge of the small river that drains the caldera and on the southern flank, near the coast. 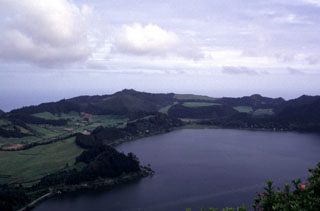