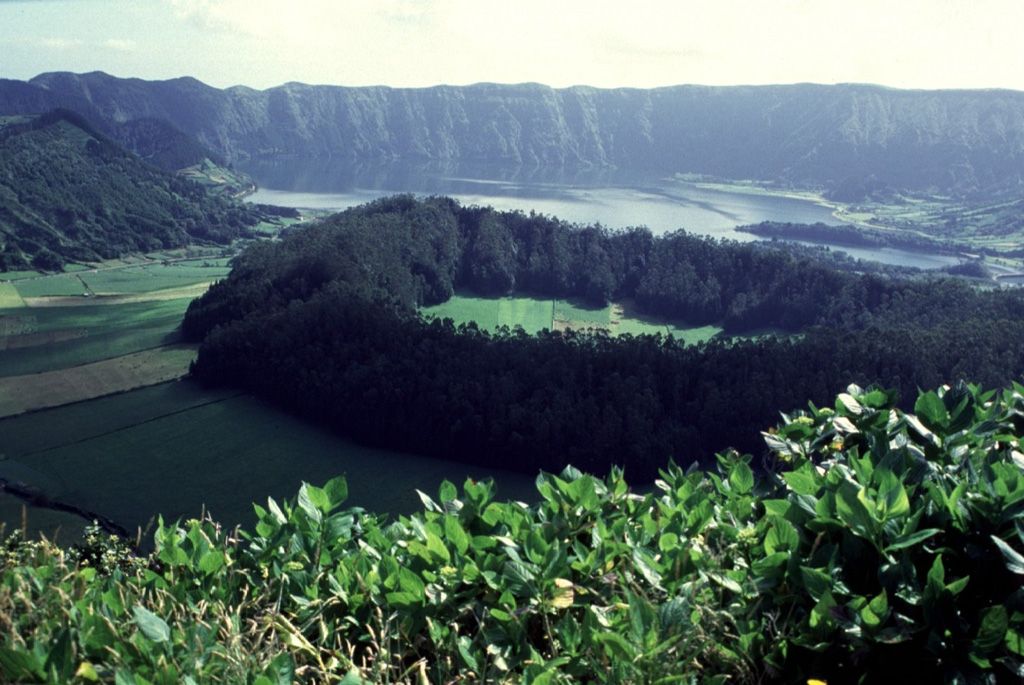 The Caldeira Seca pumice ring (center) was formed during a 15th-century explosive eruption through the Sete Cidades caldera lake. A 1444 date is considered the most likely, although dates of 1439 and 1440 are sometimes listed. The Sete L tephra deposit originated from the 600-m-wide, 100-m-deep pumice ring, which is located on the SW floor of the Sete Cidades caldera, whose NE wall forms the horizon.