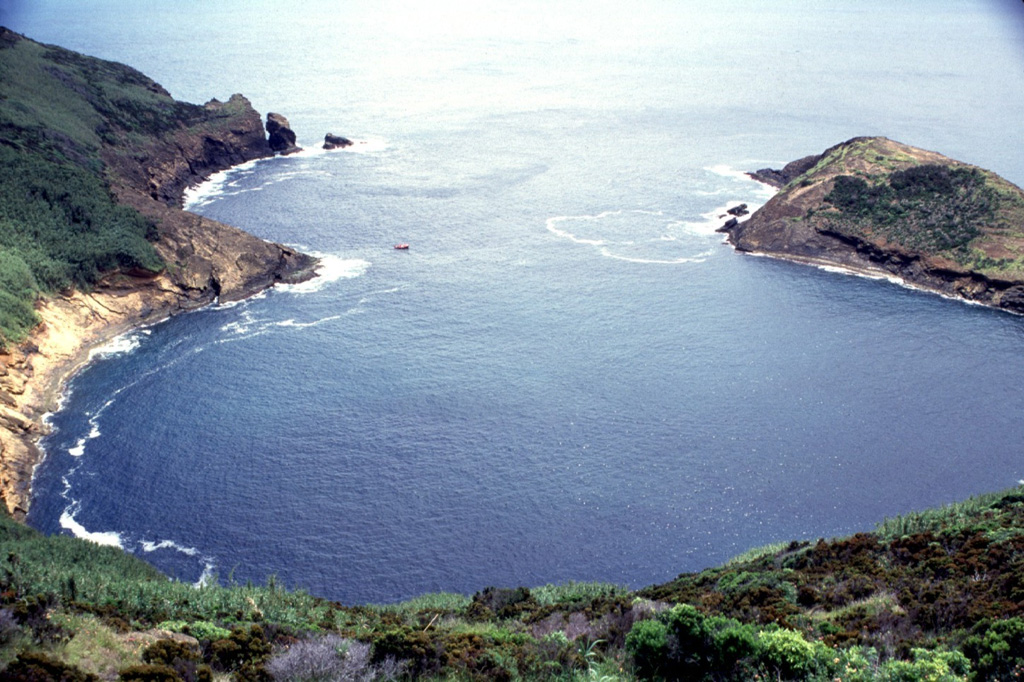 The crater of Monte da Guia tuff cone at the SE tip of Fayal Island has been breached by the sea, forming a circular bay measuring about 500 m long. This view looks out to sea from the NW rim of the cone, which was formed by phreatomagmatic eruptions produced when magma encountered water along the coast. A small boat used by divers provides scale off the headland at left center. 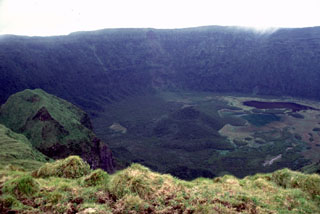