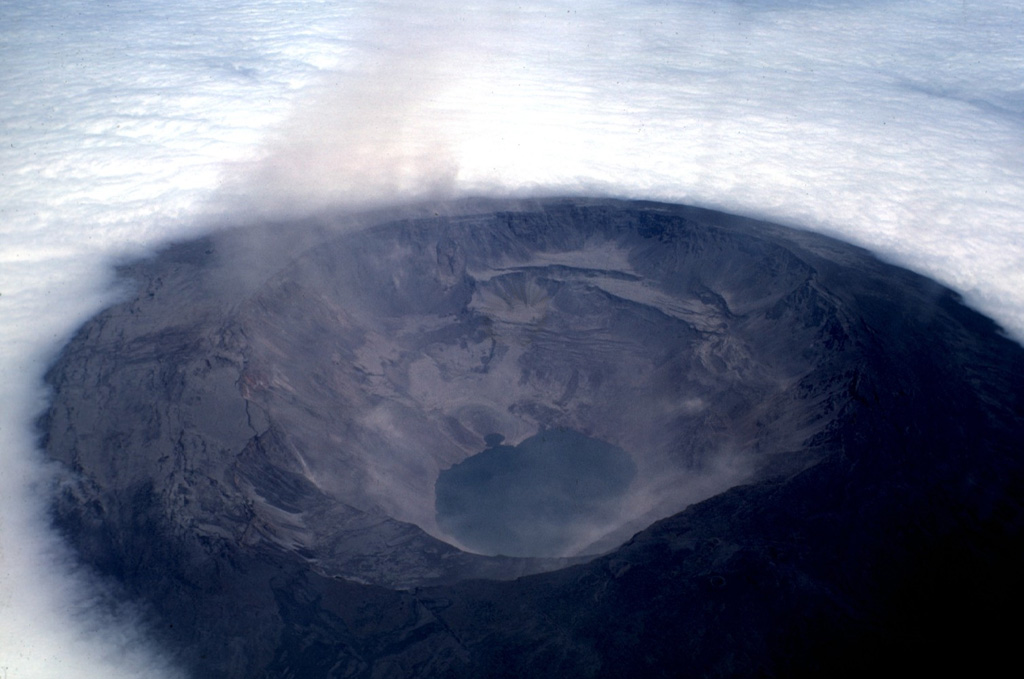 Dust clouds rise from Fernandina caldera on July 4, 1968, about three weeks after a major explosive eruption that was followed by collapse of the caldera floor. Collapse occurred incrementally and asymmetrically, ranging up to about 350 m at the SE end of the caldera, which contains the caldera lake. Fernandina, the most active of Galápagos volcanoes, is a basaltic shield volcano with a deep 4 x 6.5 km summit caldera. Flat-topped benches mark the SE and NW ends of the elliptical caldera.