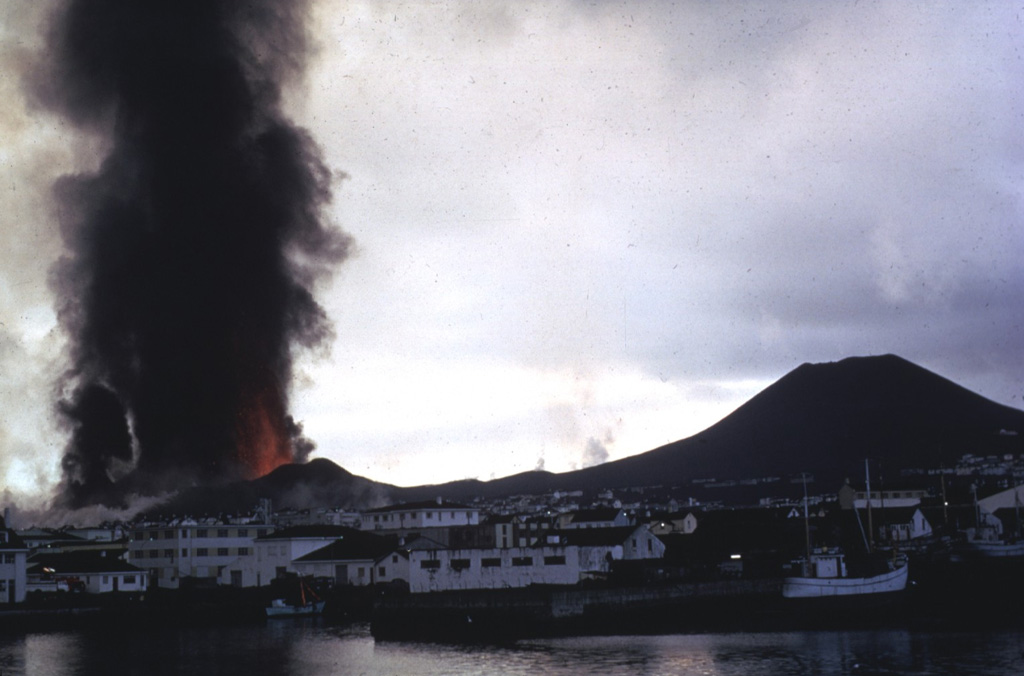 A dark ash column rises above lava fountains from a fissure eruption on the island of Heimaey in 1973. This explosive activity produced the Eldfell cinder cone (left), followed by effusion of lava flows which threatened the town of Vestmannaeyjar (foreground). Helgafell cone, on the right, formed during an eruption 5,900 years ago.