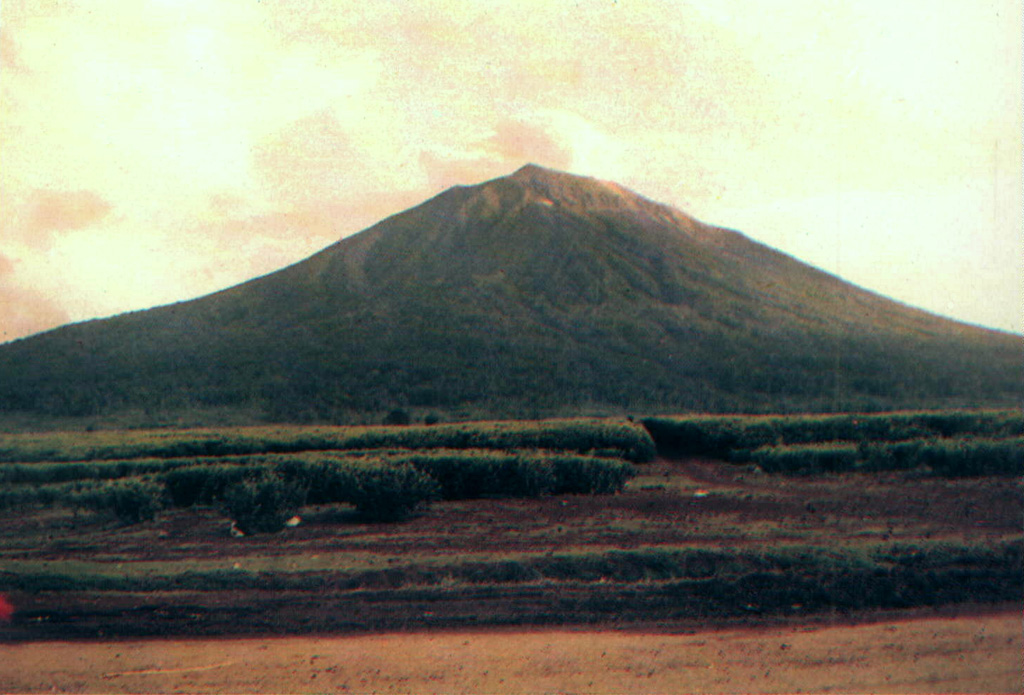 Kerinci volcano towers above tea plantations near its southern flank. The volcano is the most prominent feature of the massive Kerinci Seblat National Park, which stretches along a 345-km-long section of Sumatra. A plume is often seen at the summit of Kerinci, which is one of the most active volcanoes in Sumatra.