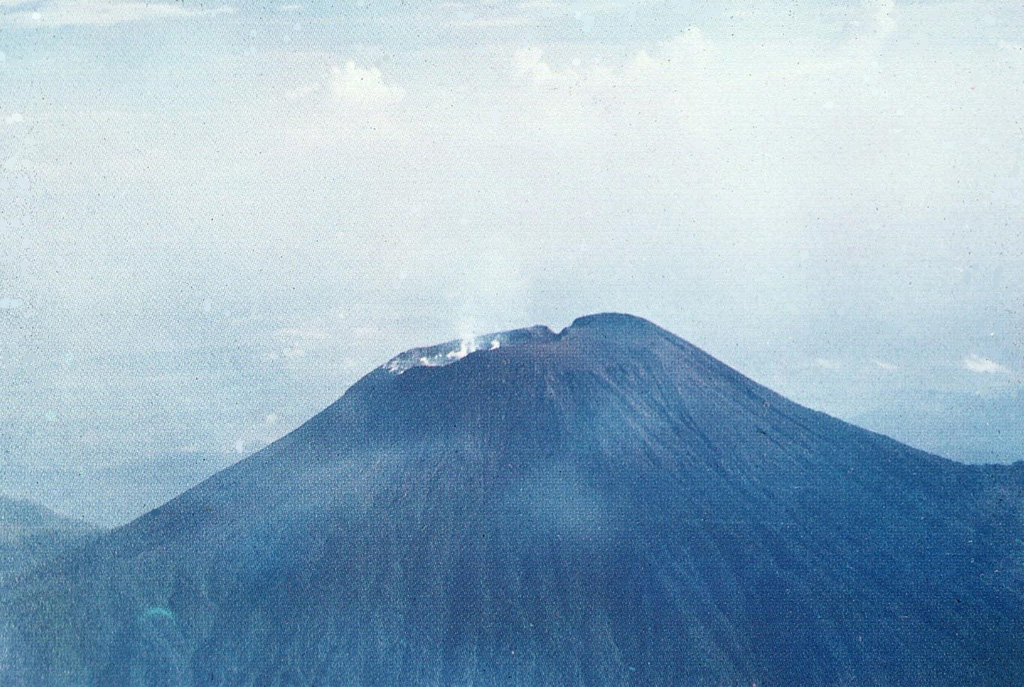 The summit crater of Slamet, Java's second highest volcano at over 3.4 km elevation. Historical eruptions at Slamet have been recorded since the 18th century and have originated from a 150-m-deep, 450-m-wide, steep-walled crater (at the time of this photo). The eruptions have generally been explosive, lasting a few days to a few weeks.

Photo by I. Pratomo, 1990 (Volcanological Survey of Indonesia).