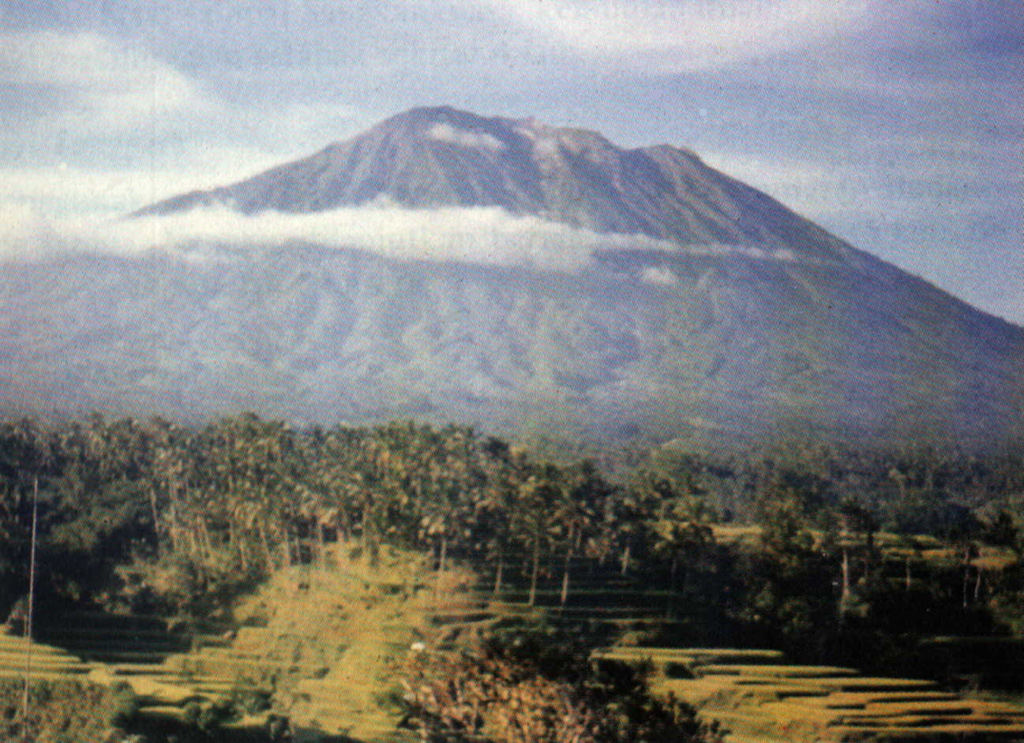 Gunung Agung towers above rice fields near the Rendang volcano observation post. The stratovolcano has erupted infrequently during historical time, but its 1963 eruption was one of the most devastating in Indonesia during the 20th century.