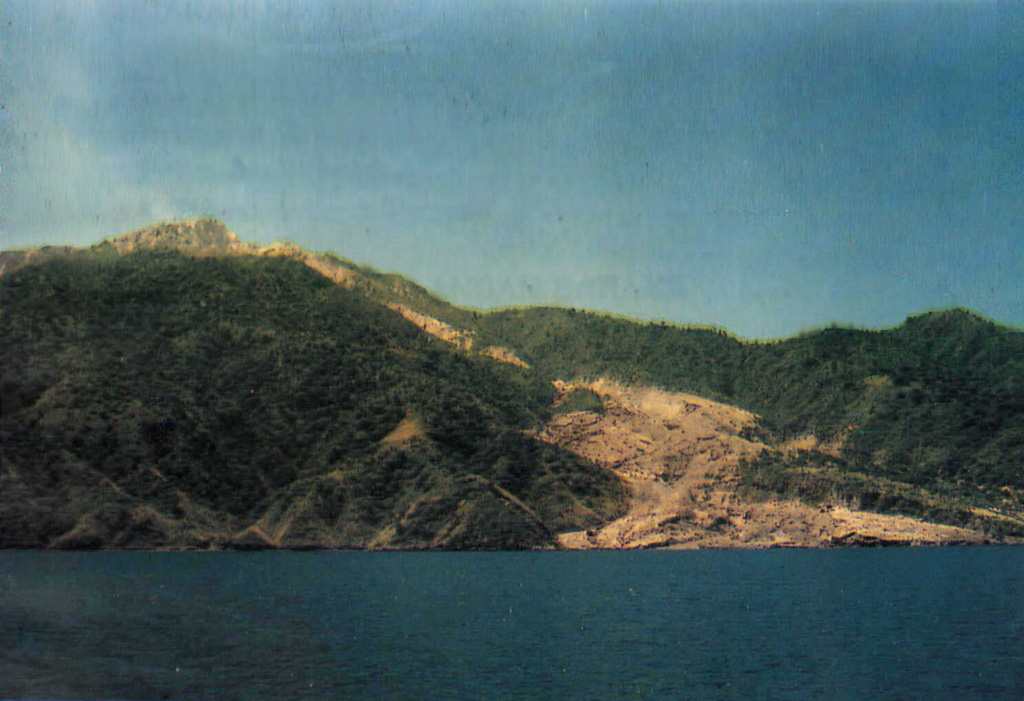 Paluweh volcano is seen here in April 1985, shortly after a brief explosive eruption from a vent near the 1981 lava dome. It forms an 8-km-wide island located N of the volcanic arc of Flores Island. The summit region contains overlapping craters and lava domes, and several flank vents occur along a NW-trending fissure.