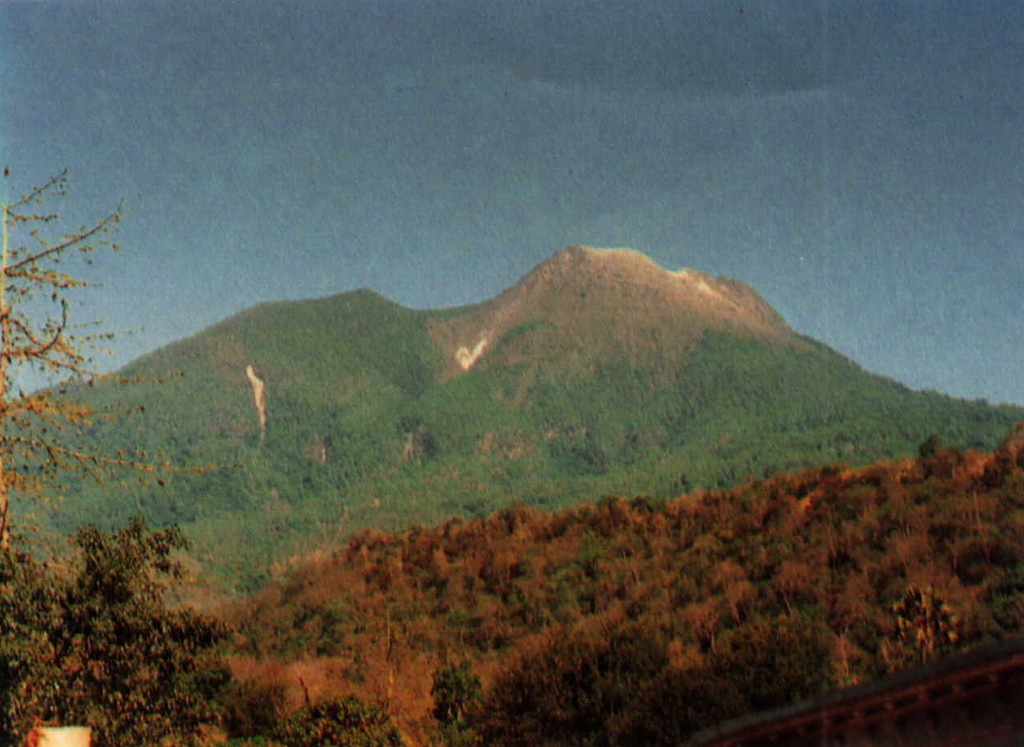 Gunung Egon, seen here from the NW, is located in eastern Flores Island. The lower flanks extend nearly to both the Flores Sea on the N and the Savu Sea to the S. The unvegetated summit of the volcano contains a 350-m-wide crater and there is a lava dome to the S.