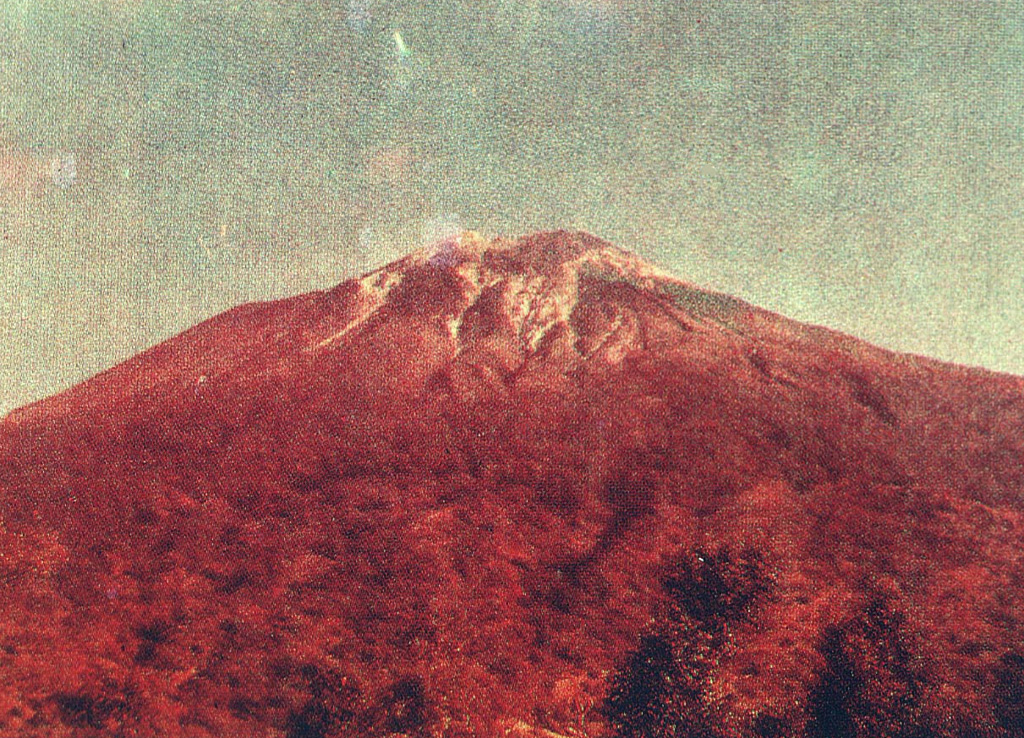 Lewotolo volcano, rising here above the village of Jontona, anchors the eastern end of the northern peninsula that is connected to Lembata (formerly Lomblen) Island by a narrow isthmus. The symmetrical stratovolcano contains a small cone with a 130-m-wide crater constructed at the SE side of a larger crater that forms the volcano's summit. Many lava flows have reached the coastline. Historical eruptions, recorded since 1660, have consisted of explosive activity from the summit crater.