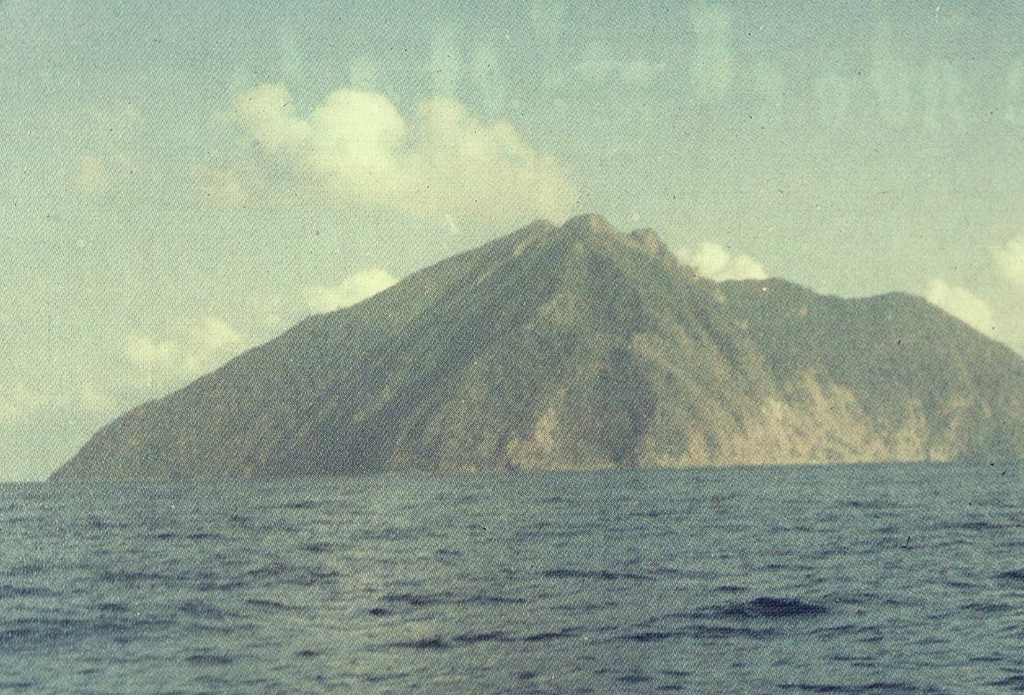 Batu Tara, seen here from the SE, is a small 3-km-wide island that is the summit of a large stratovolcano that rises from the Flores Sea about 50 km north of Lembata (formerly Lomblen) Island. The summit of the volcano is cut by a scarp on the eastern side (right) that is similar to the Sciara del Fuoco on Italy's Stromboli Island. Only a single historical eruption, during the mid-19th century, is known from Batu Tara.