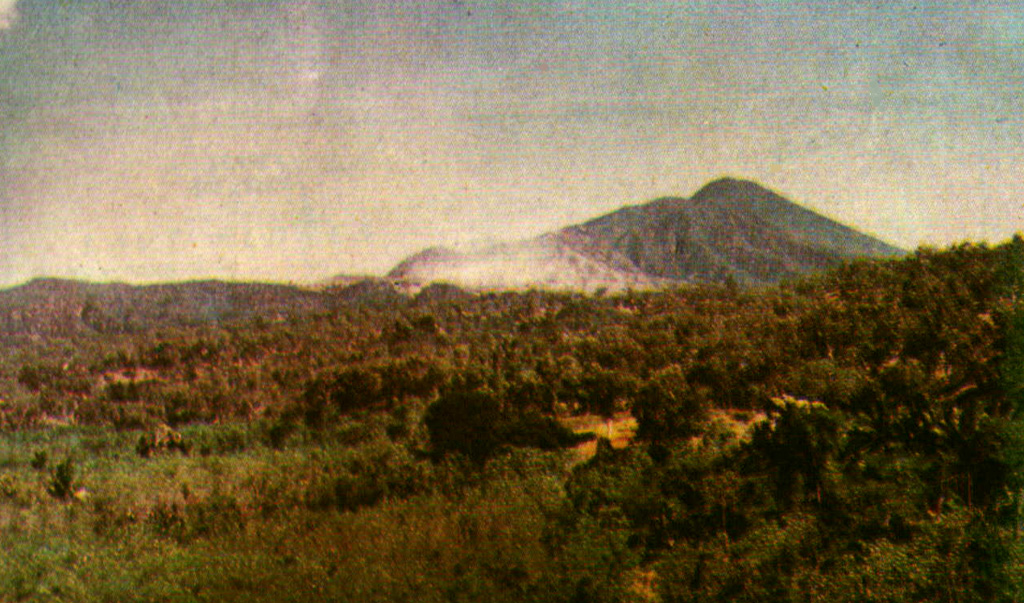 The Gunung Sirung volcanic massif rises to the south of the villages of Kaka and Mauta. The historically active cone is located at the NE end of a 14-km-long chain of volcanic centers that forms a peninsula extending south into the Sawu Sea. The light-colored area (right center) is a fumarole field near Airmama village. Gunung Sopak, the 1318 m high point of the massif, forms the peak at the upper right.