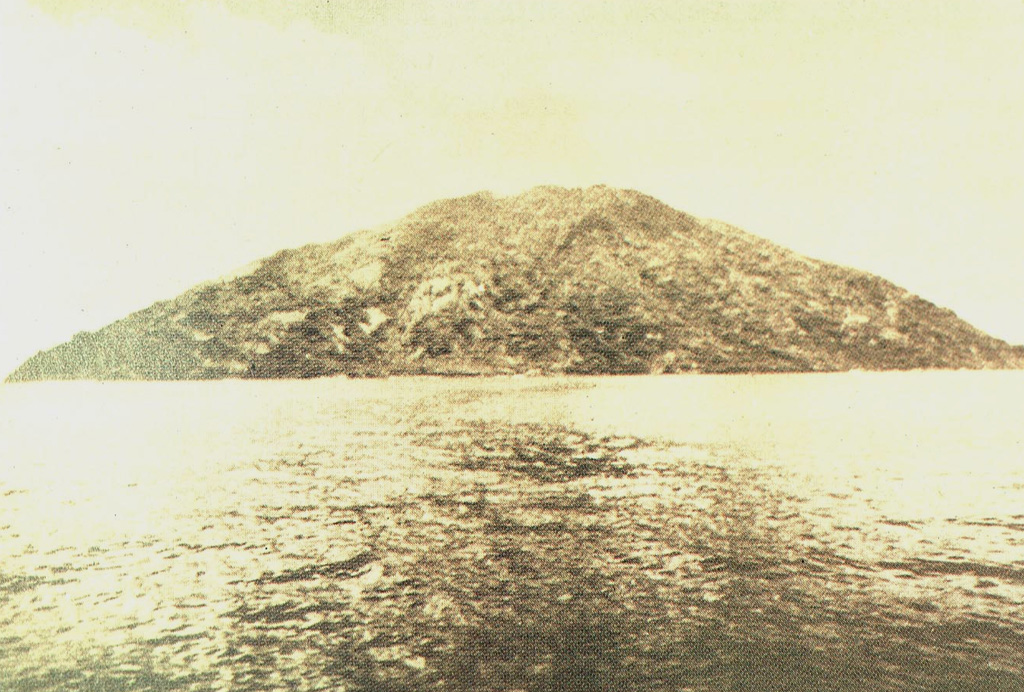 Teon Island, seen here from the south, is a roughly 15-km-wide island in the western Banda Sea. The 655-m-high forested summit rises 3700 m above the sea floor. Explosive eruptions, the most severe of which was in 1660, have been recorded since the 17th century from Teon (also known as Serawerna). 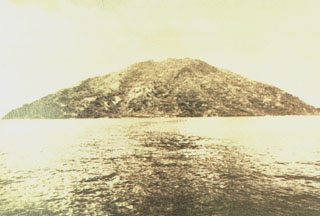