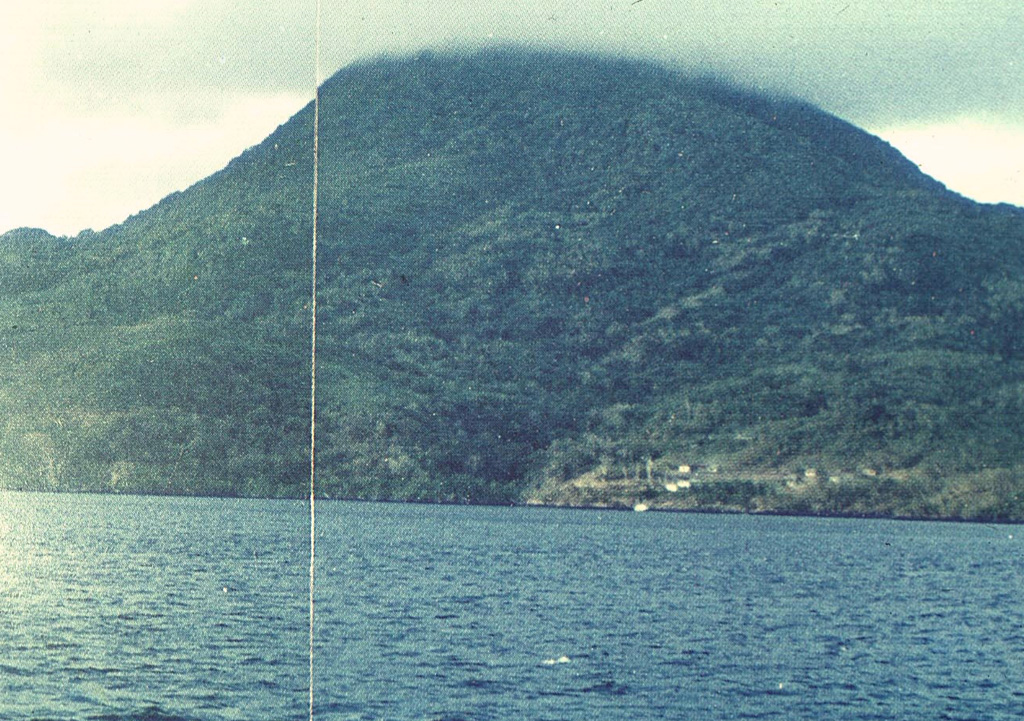 Nila Island, viewed here from off its northern coast, is the emergent summit of a stratovolcano that rises 3700 m from the Banda Sea floor. A submarine vent is located off the north flank immediately west of the small island of Nika. Gas bubbles were observed along the rim of the submarine cone in 1932, when an eruption occurred from a fissure extending from the summit to the SE coast. 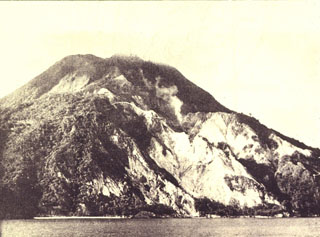