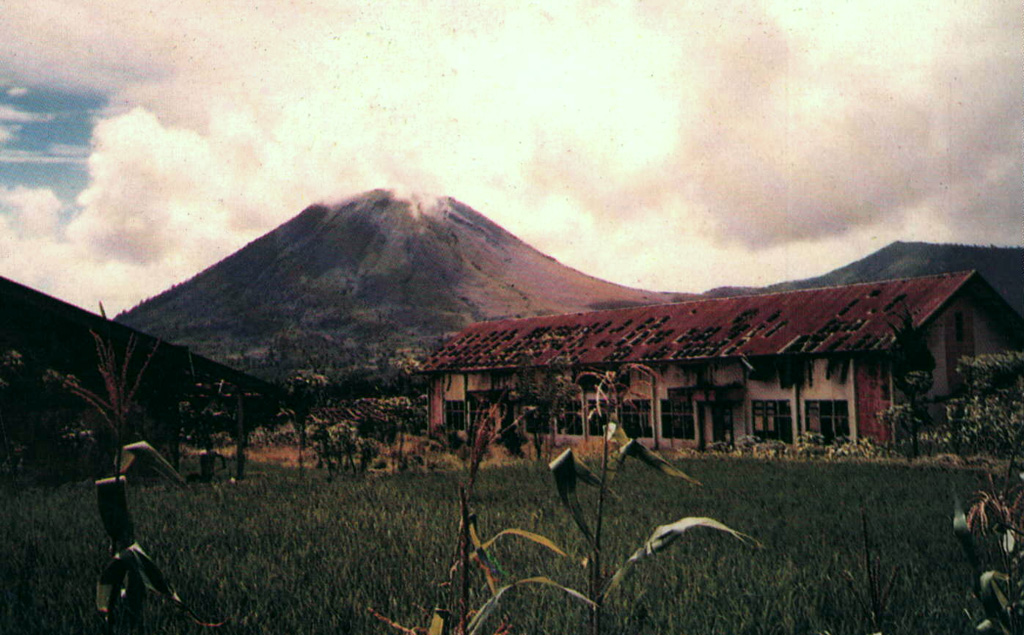 The small conical volcano of Soputan on the southern rim of the Quaternary Tondano caldera is one of Sulawesi's most active volcanoes. Gunung Soputan is seen here in profile from the east. During historical time eruptions have originated both from the summit crater and Aeseput (extreme right), a prominent NE flank vent that formed in 1906 and was the source of intermittent major lava flows until 1924.