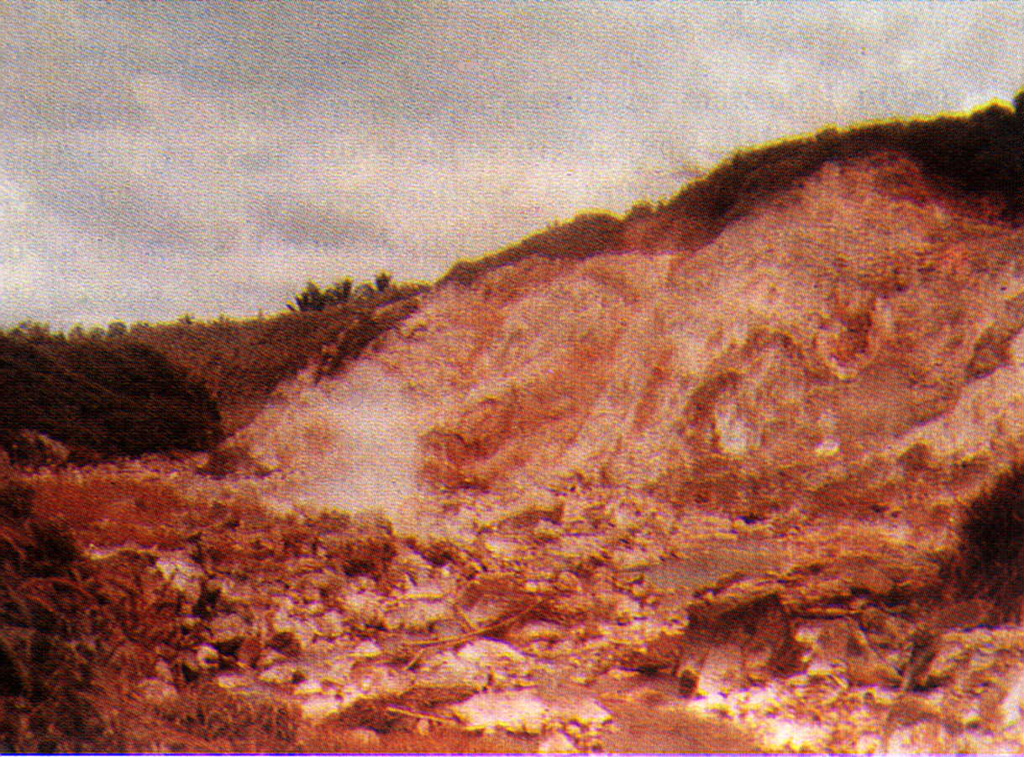 A fumarole rises above an area of extensive hydrothermal alteration at Raindang, on the western flank of Gunung Lahendong, one of several post-caldera cones in the 20 x 30 km Tondano caldera in northern Sulawesi. The caldera floor is dotted with pyroclastic cones, obsidian flows, and numerous hydrothermal areas. No historical eruptions are known from the caldera itself, although several stratovolcanoes constructed along its rim have been historically active. 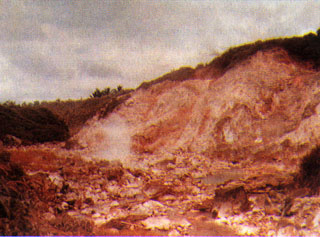