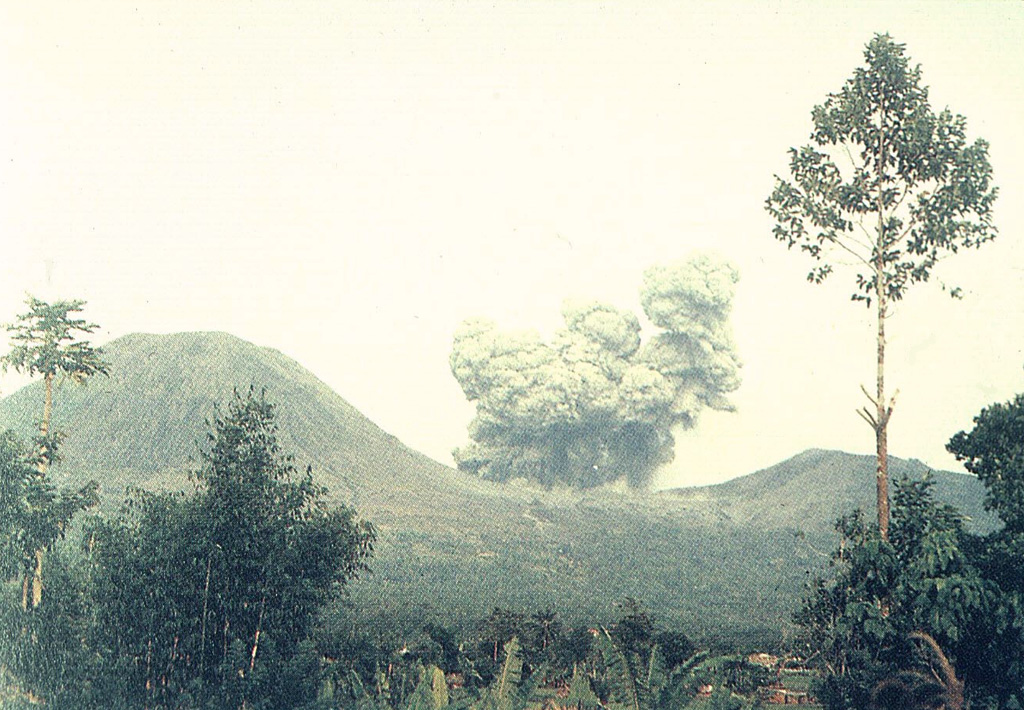 An ash column rises above Tompaluan crater between Lokon and Empung volcanoes in November 1991. Explosive eruptions began on 17 May 1991, continuing at a rate of 7-16 a week. About 10,000 people evacuated following a 25 October explosion that produced 0.015 cu km tephra and was accompanied by a pyroclastic flow that traveled 1.5 km to the east. The number of explosions decreased in November and December, and the eruption ended in January. A small lava plug appeared in the crater after the main eruption.