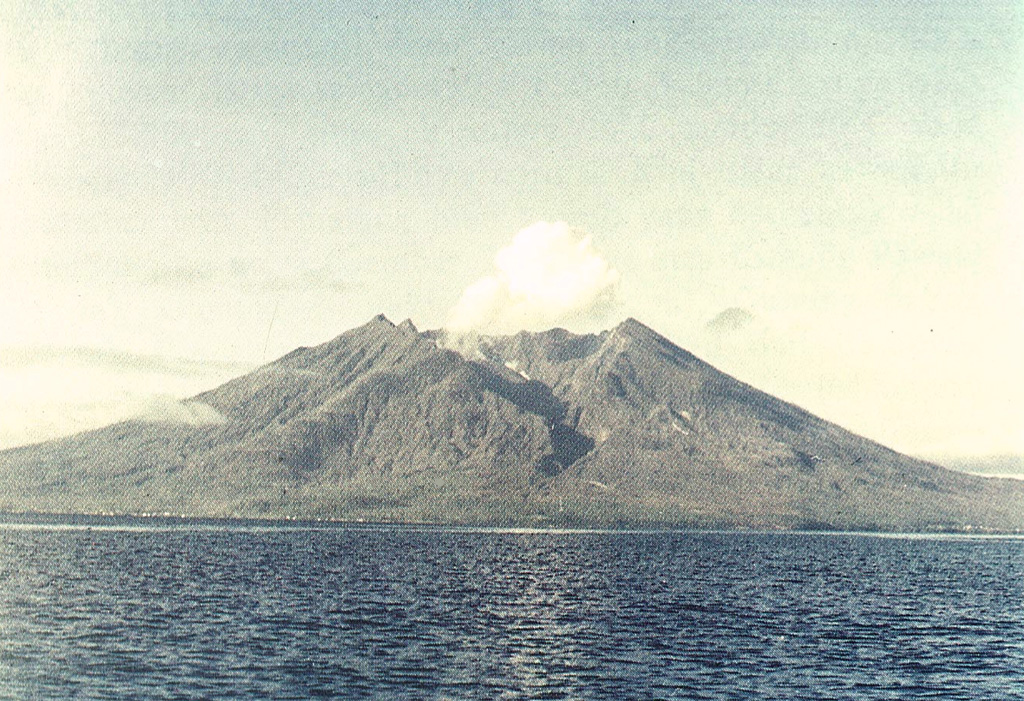 Makian volcano forms a 10-km-wide island near the southern end of a chain of volcanic islands off the western coast of Halmahera. The northern of two prominent valleys that extend from the summit is prominent in this photo. The large 1.5-km-wide summit crater containing a small lake on the NE side gives the 1357-m-high peak a flat-topped profile. Violent eruptions from Makian volcano, also known as Kie Besi, have devastated villages on the island.