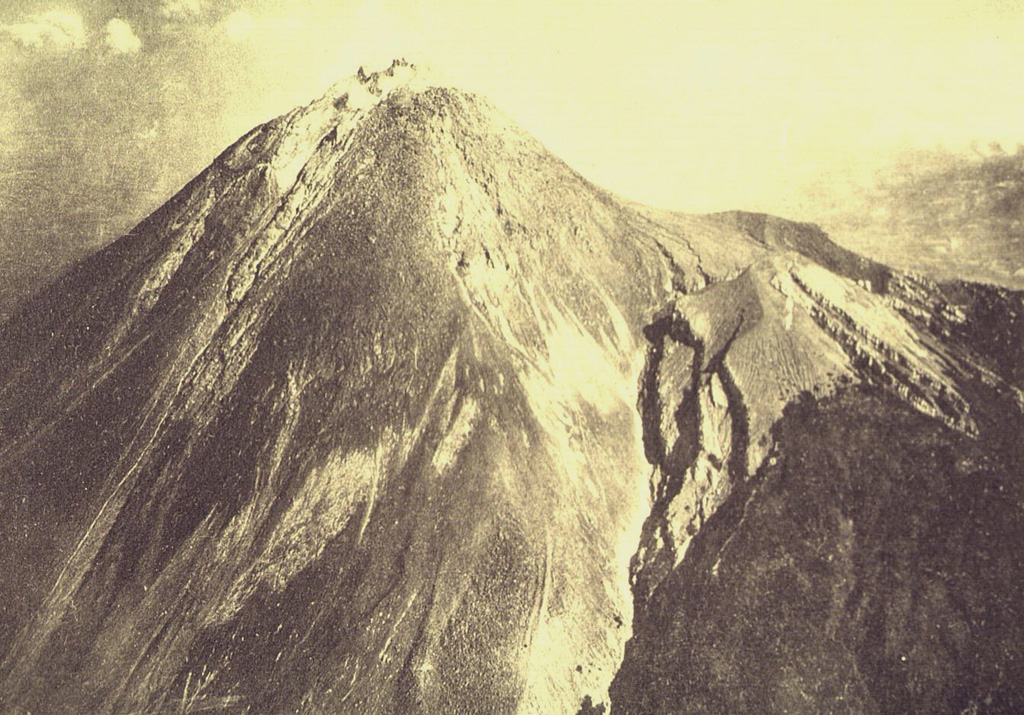 This aerial photo was taken from the SE on 14 August 1922, less than a week after the end of an eruption that began on 18 February 1922. It shows the summit of Merapi prior to a major eruption in 1930, during which much of the summit lava dome collapsed. Eruptions were reported on 18 February, 4-5 April, and 8 August 1922, during which frequent rock avalanches accompanied lava dome growth. A lava flow that traveled 180 m down the western flank is visible to the left.