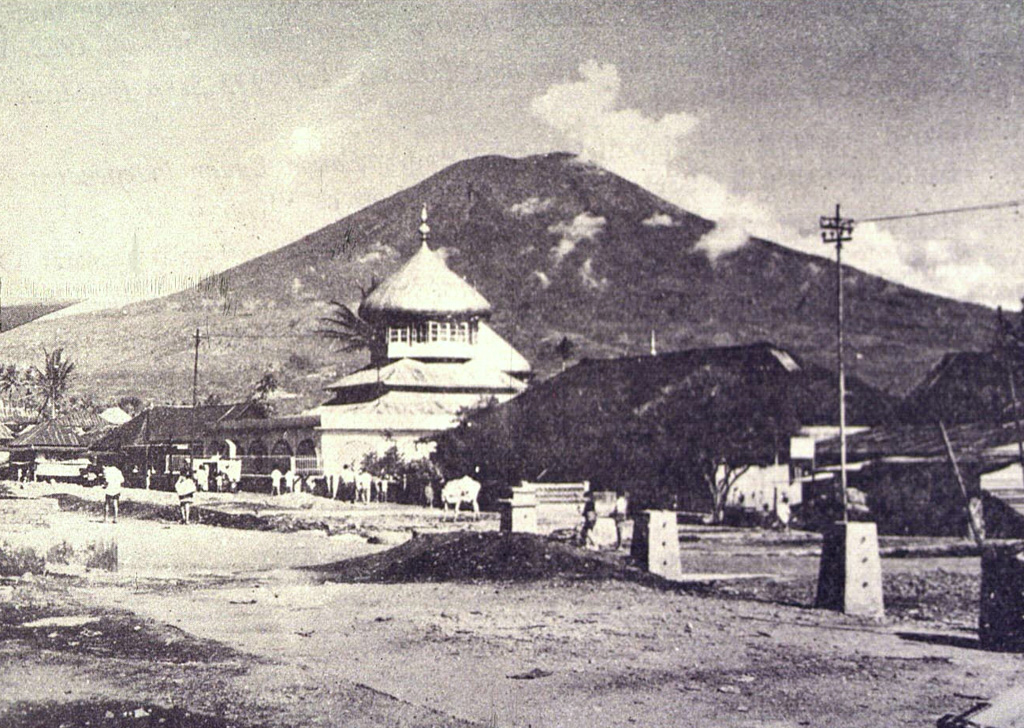 Gunung Dempo, one of the most active volcanoes of Sumatra, has a conical profile when viewed from the village of Pager Alam below the eastern flank of the volcano. The summit contains nested craters on its NW side.