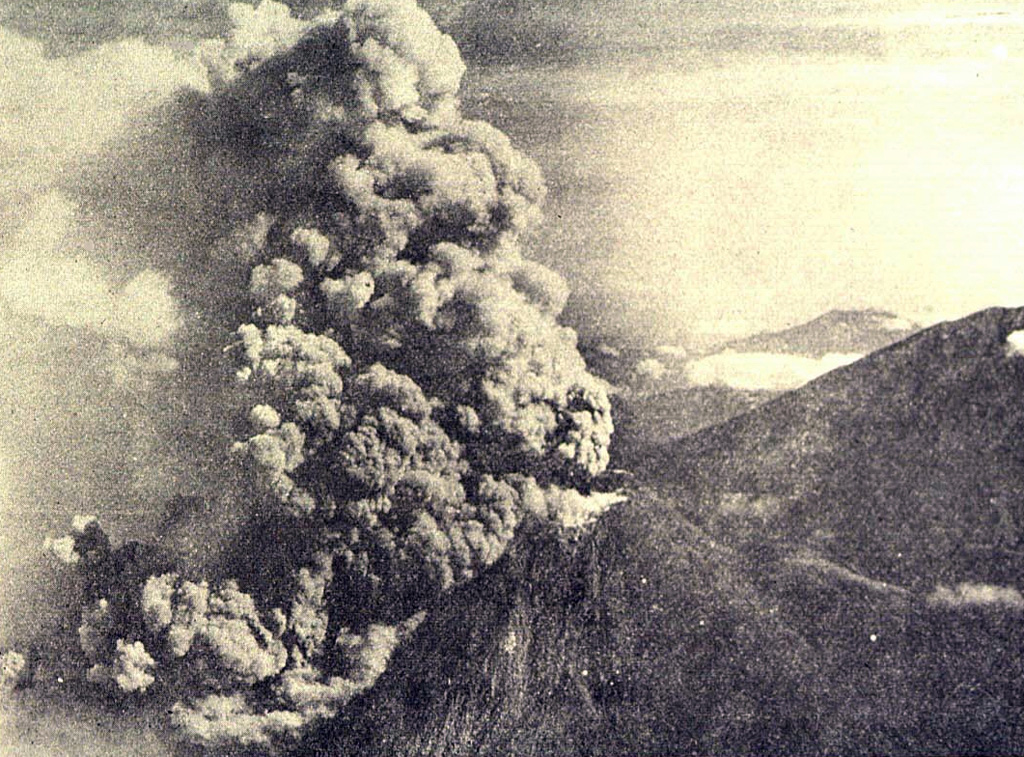 An ash plume rises above the summit and pyroclastic flows (block-and-ash flows) descend the western flank of Merapi in 1961. During 1961, eruptions took place on 13 April, 7-8 May, and 27-28 November. Pyroclastic flows during the 8 May eruption destroyed 10 villages and killed 6 people.