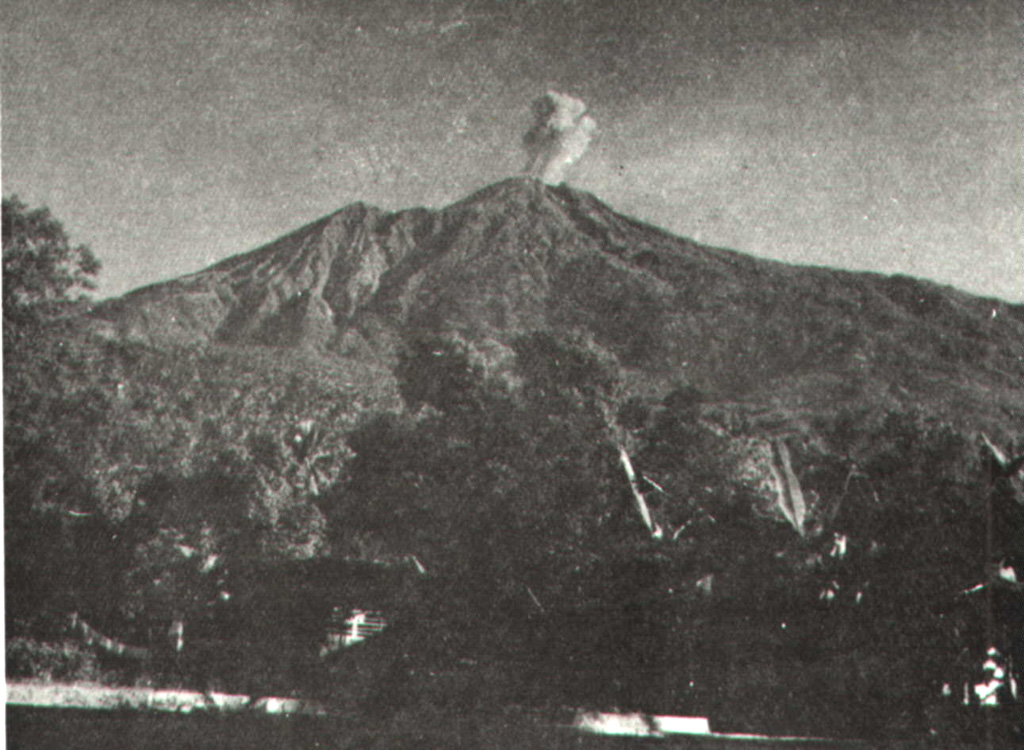 An eruption plume above the summit of Karengetang (Api Siau) volcano is seen from Ulu village on the northern flank sometime during 1961. Explosive eruptions in that year began on February 28 and lasted until April. Incandescent material was ejected to 300 m above the vent and the eruption plume rose 1.5 km above the crater. Explosive activity also occurred in October 1961.