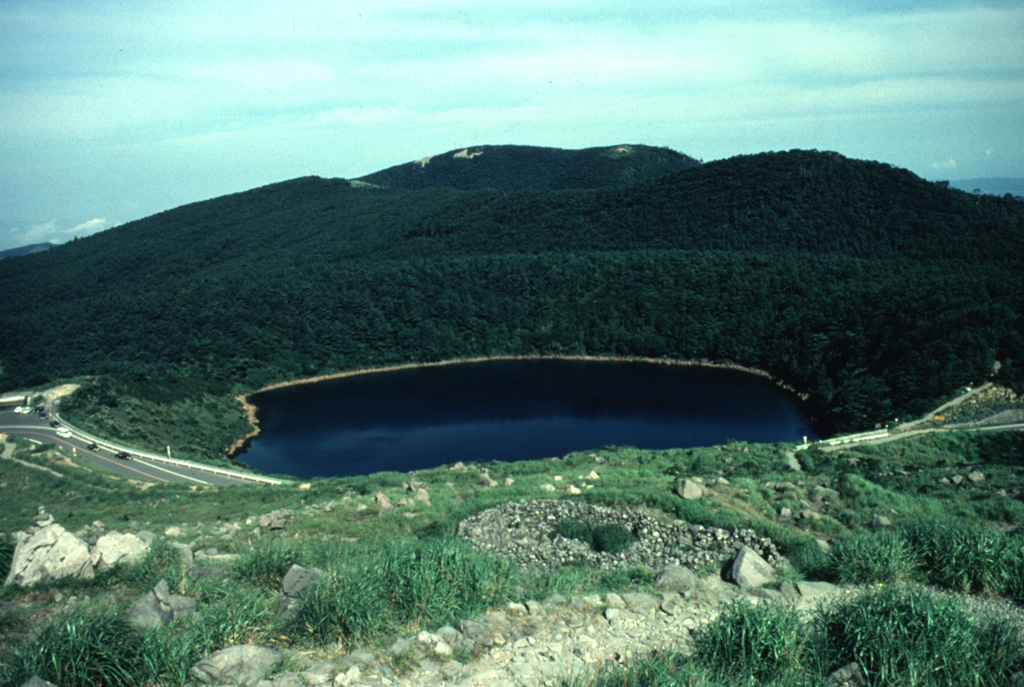 Lake-filled Rokkannon-Miike is one of several maars at Kirishima volcano, seen here with a highway along the rim. The Kirishima volcano group consists of cones, maars, and underlying shield volcanoes scattered over a 20 x 30 km area N of Kagoshima Bay. Numerous small-to-moderate explosive eruptions have been recorded at Kirishima since the 8th century.