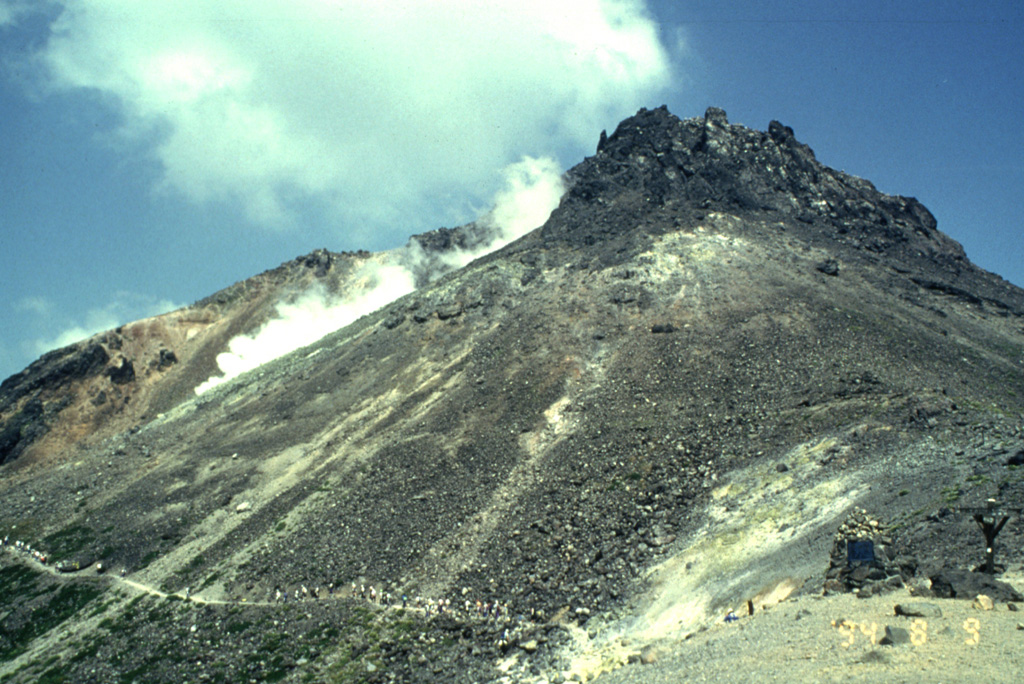 A line of hikers at the lower left walk along a trail below the summit of Chausudake, the active cone of the Nasudake volcanic complex. This volcano group consists of a N-S-trending cluster of cones and lava domes at the N end of the Kanto Plain. Chausudake is a young cone that formed about 16,000 years ago. Six eruptions took place in 1408-1410 CE, when the youngest summit lava dome formed; additional smaller phreatic eruptions have occurred since then. 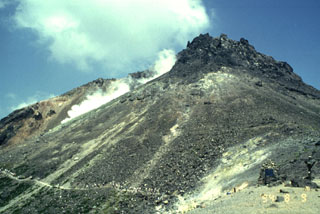