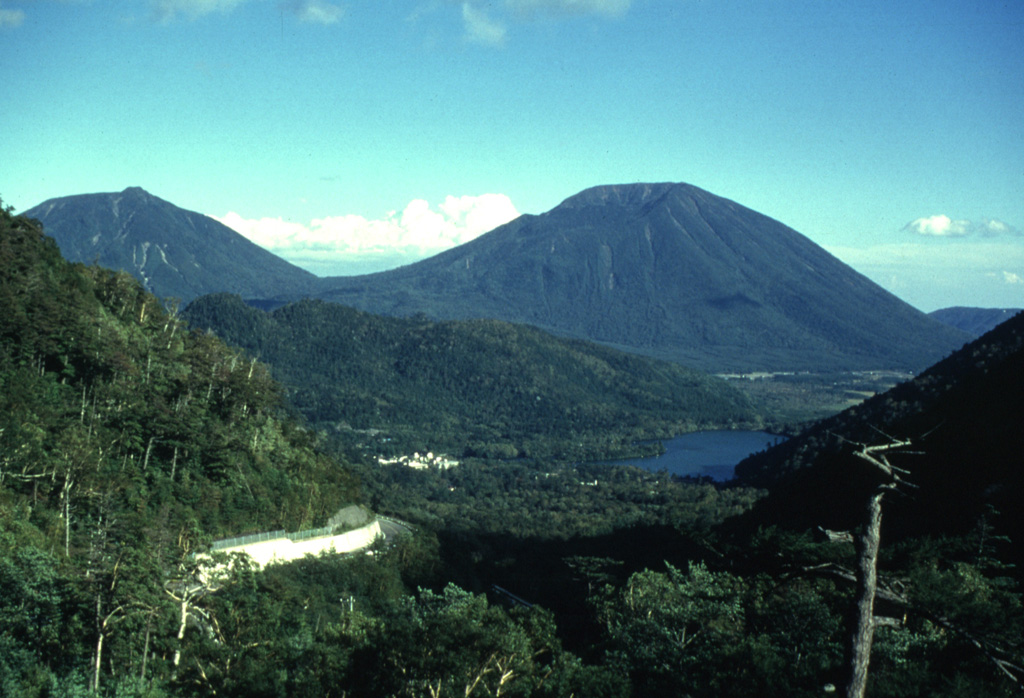 The Nantai cone on the right horizon rises above Yunoko lake and the Senjogahara plain (right center). Lava flows from the early stage of the construction of Nantaisan volcano dammed up the Daiyo River, forming Lake Chuzenji out of view to the right. A collapse scar is visible on the N (left) side of the volcano. The latest effusive activity of Nantai produced the Osawa lava flow, which traveled from the crater down the N flank. 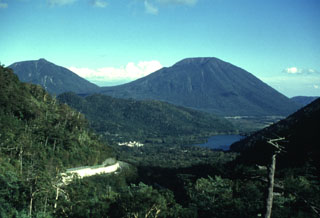