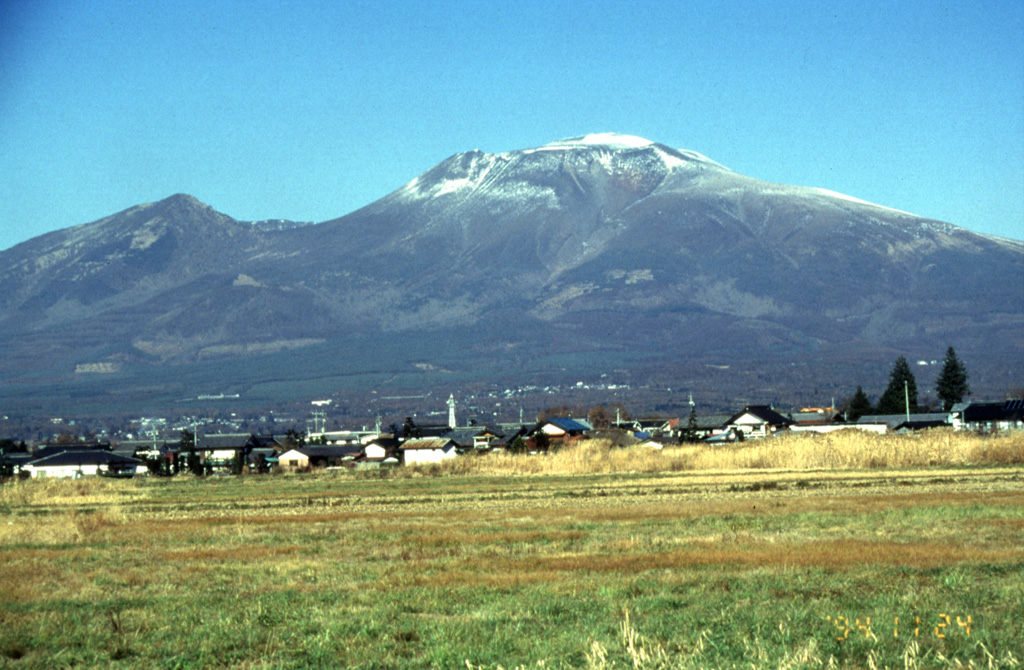 Asama, one of Honshu's most active volcano, is seen here from the SE. The snow-capped modern cone of Maekakeyama (center) was constructed within a horseshoe-shaped collapse scarp resulting from the failure of Kurofuyama, an older cone forming the lower peak to the left. The E-facing escarpment of Kurofuyama was created by a large volcanic landslide about 20,000 years ago. Maekakeyama is probably only a few thousand years old, but has had several major Plinian eruptions, the last two of which occurred in 1108 and 1783 CE.