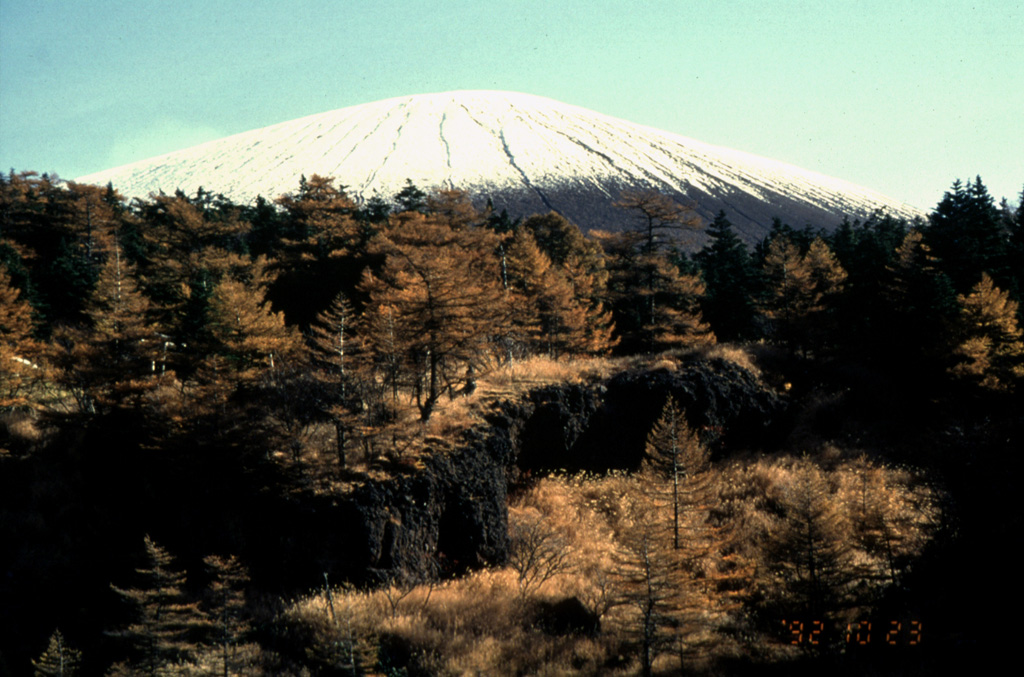 The gully in the foreground below Maekakeyama exposes deposits of the Oiwake pyroclastic flow, which was emplaced during a major explosive eruption in 1108 CE. This Plinian eruption, the largest from Asama during the Holocene, produced 0.4 km3 of asfall followed by emplacement of the 0.6 km3 Oiwake pyroclastic flow and the Butai lava flow down the NW flank from the crater. The summit of Maekakeyama collapsed after this eruption to form a 0.9 x 1.3 km crater.