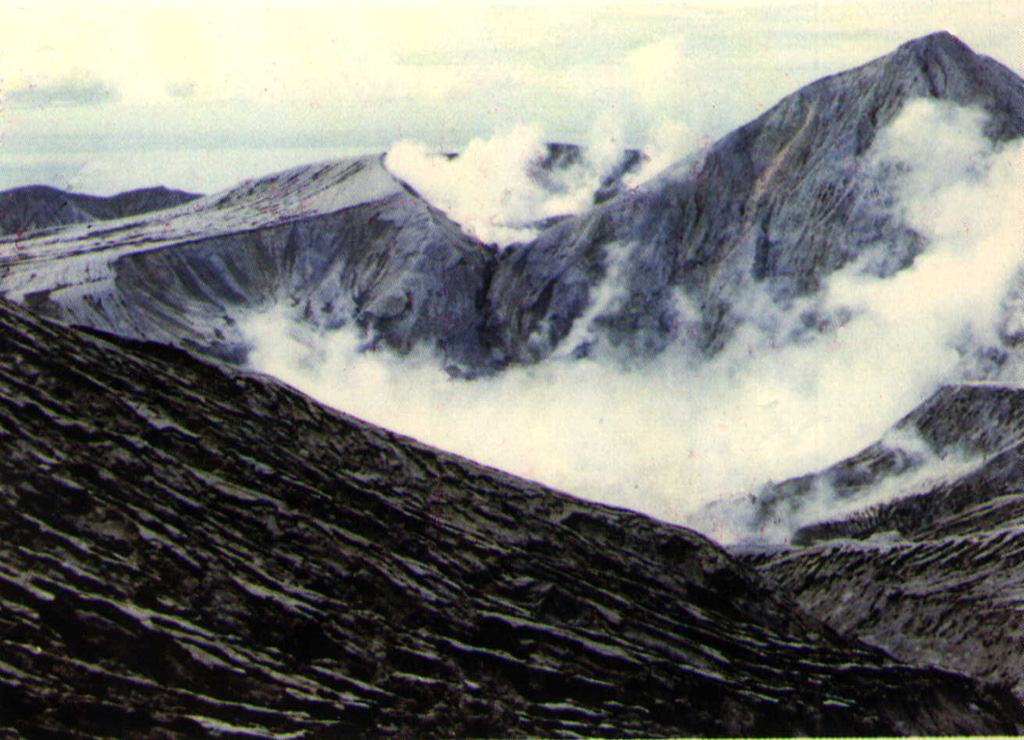 Ash mantles the summit of Colo volcano after a powerful explosive eruption in 1983. The volcano forms the isolated island of Una-Una in the middle of the Gulf of Tomini in northern Sulawesi. The broad, low volcano is truncated by a 2-km-wide caldera that contains a small central cone. Only three eruptions have been recorded in historical time. The last eruption, in 1983, produced pyroclastic flows that swept over most of the island shortly after all residents had been evacuated.