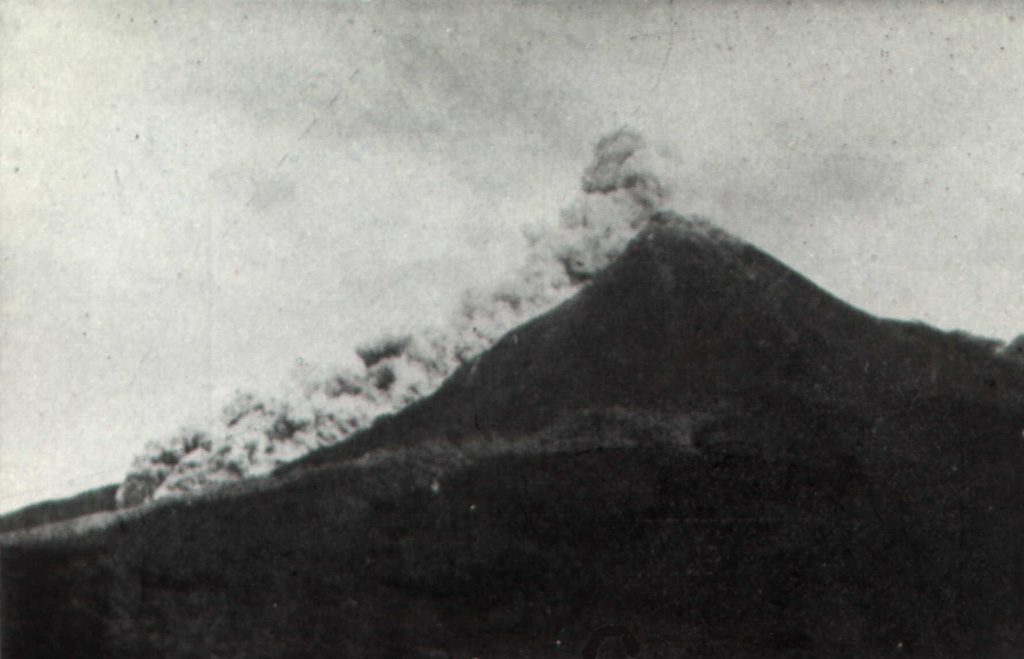 A pyroclastic flow traveling down the SW flank of Merapi volcano is seen from the Plawangan Observatory on 12 April 1967. Explosive eruptions, pyroclastic flows, and lava dome growth took place during 1967-70. Eruptive activity began on 12 January 1967. Paroxysmal phases took place on 7-9 October 1967 and 8 October 1968, during which partial collapse of the lava dome produced frequent pyroclastic flows (block-and-ash flows). The velocity of the pyroclastic flow seen in this photo was estimated by the Volcanological Survey of Indonesia to be 60 km/hour.

Photo by I. Suryo, 1967 (Volcanological Survey of Indonesia).