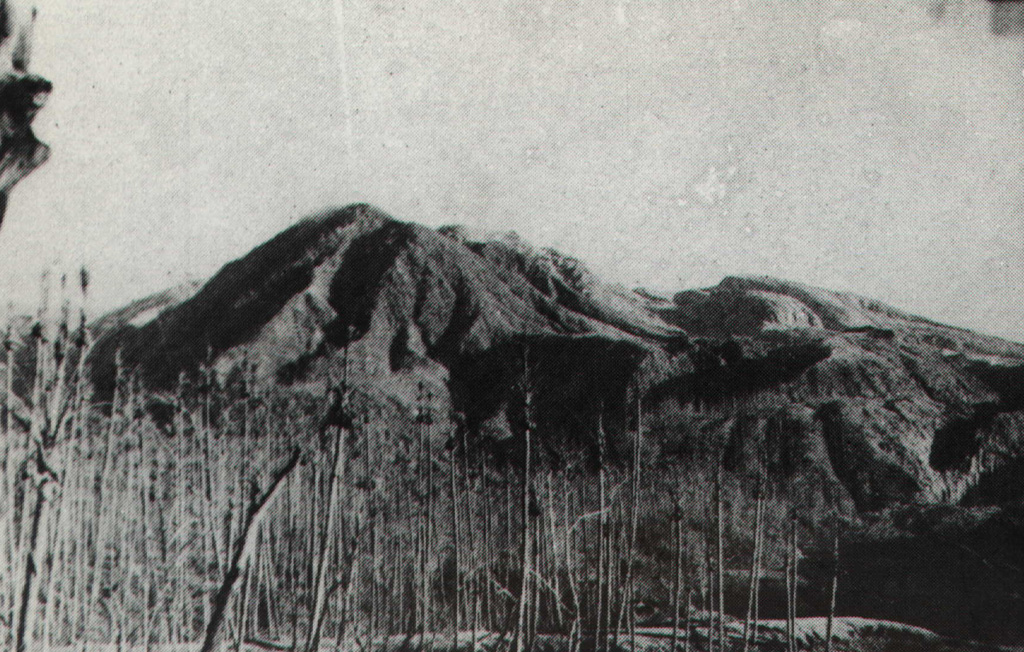 Coconut trees near Talawid village on the NW flank were decimated by ashfall during the August 12, 1966 paroxysmal eruption of Awu volcano. Nine villages were totally or partially destroyed, along with more than 3000 houses. The powerful eruption ejected the crater lake and completely destroyed a lava dome that had formed an island in the lake. Thirty-nine people were killed and more than 1000 injured, many from falling rock fragments originating from the destroyed lava dome.