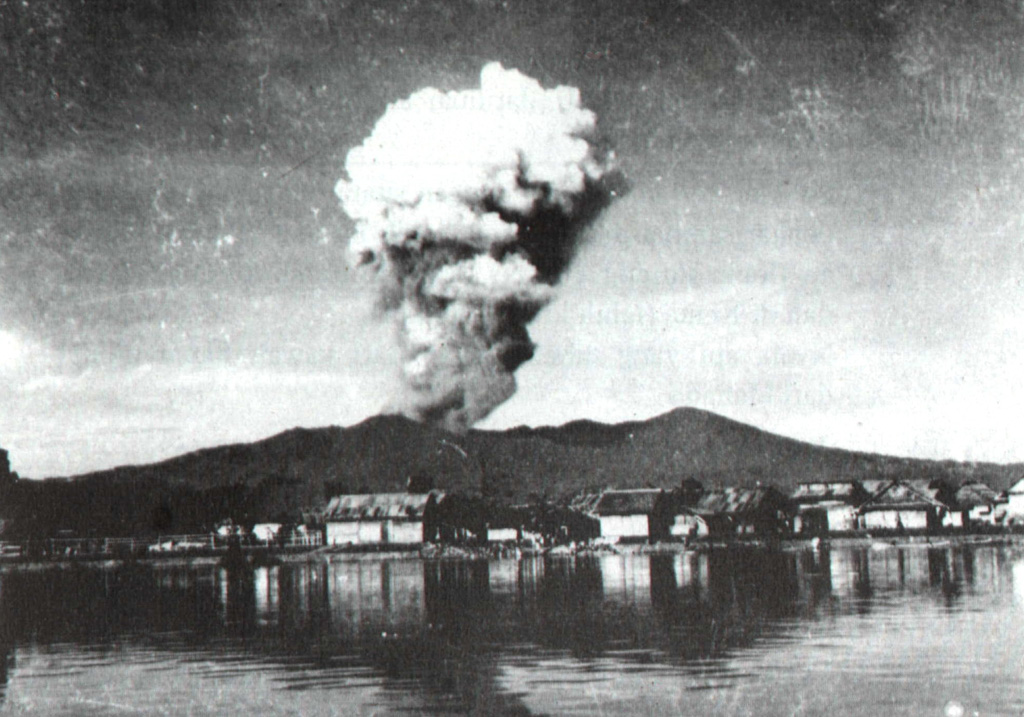 An eruption plume rises from Tompaluan crater above the coastal city of Manado on June 22, 1959. This was part of intermittent eruptive activity from Lokon-Empung volcano that began on February 17, 1958 and lasted until December 23, 1959. Ash and incandescent material was frequently ejected, affecting nearby villages. The peak at the right is Gunung Tatawiran, a volcanic cone immediately to the west of the historically active Lokon-Empung volcanic complex.