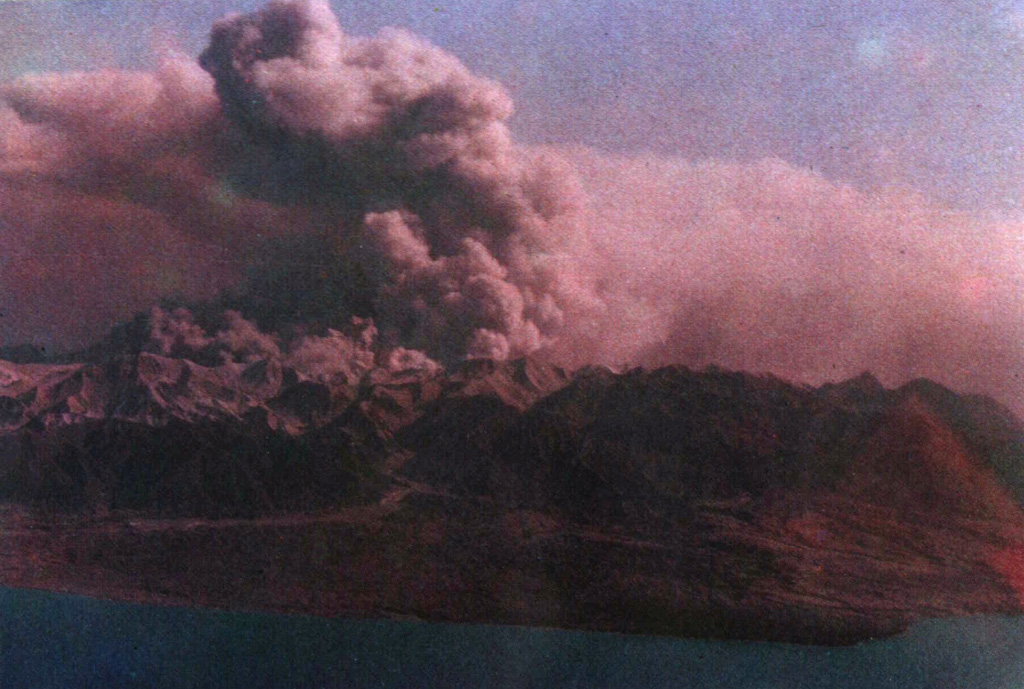 A broad ash plume rises above Colo volcano on the island of Una-Una during the powerful 1983 eruption. Phreatic eruptions began on July 18. All inhabitants of the island were evacuated prior to the paroxysmal eruption at 1623 hrs on July 23, when pyroclastic flows devastated most of the island. Intermittent large explosive eruptions, some producing pyroclastic flows, continued until August 30, and minor ash eruptions lasted until October 10. White and sometimes gray "smoke" was reported November-December, presumably from phreatic eruptions.